The final 4K footage of my drone flights at one the 7 Wonders of the World - The Great Wall of China in Mutianyu; project finished & uploaded on 2020-04-11 by One Man Wolf Pack UltraHD Drone Footage.

Great Wall Drone Flight: The Great Wall of China is a series of fortifications made of stone, brick, tamped earth, wood, and other materials, generally built along an east-to-west line across the historical northern borders of China to protect the Chinese states and empires against the raids and invasions of the various nomadic groups of the Eurasian Steppe. Several walls were being built as early as the 7th century BCE; these, later joined together and made bigger and stronger, are now collectively referred to as the Great Wall. Especially famous is the wall built 220–206 BCE by Qin Shi Huang, the first Emperor of China. Little of that wall remains. Since then, the Great Wall has on and off been rebuilt, maintained, and enhanced; the majority of the existing wall is from the Ming Dynasty (1368–1644). [Source: wikipedia // Google] 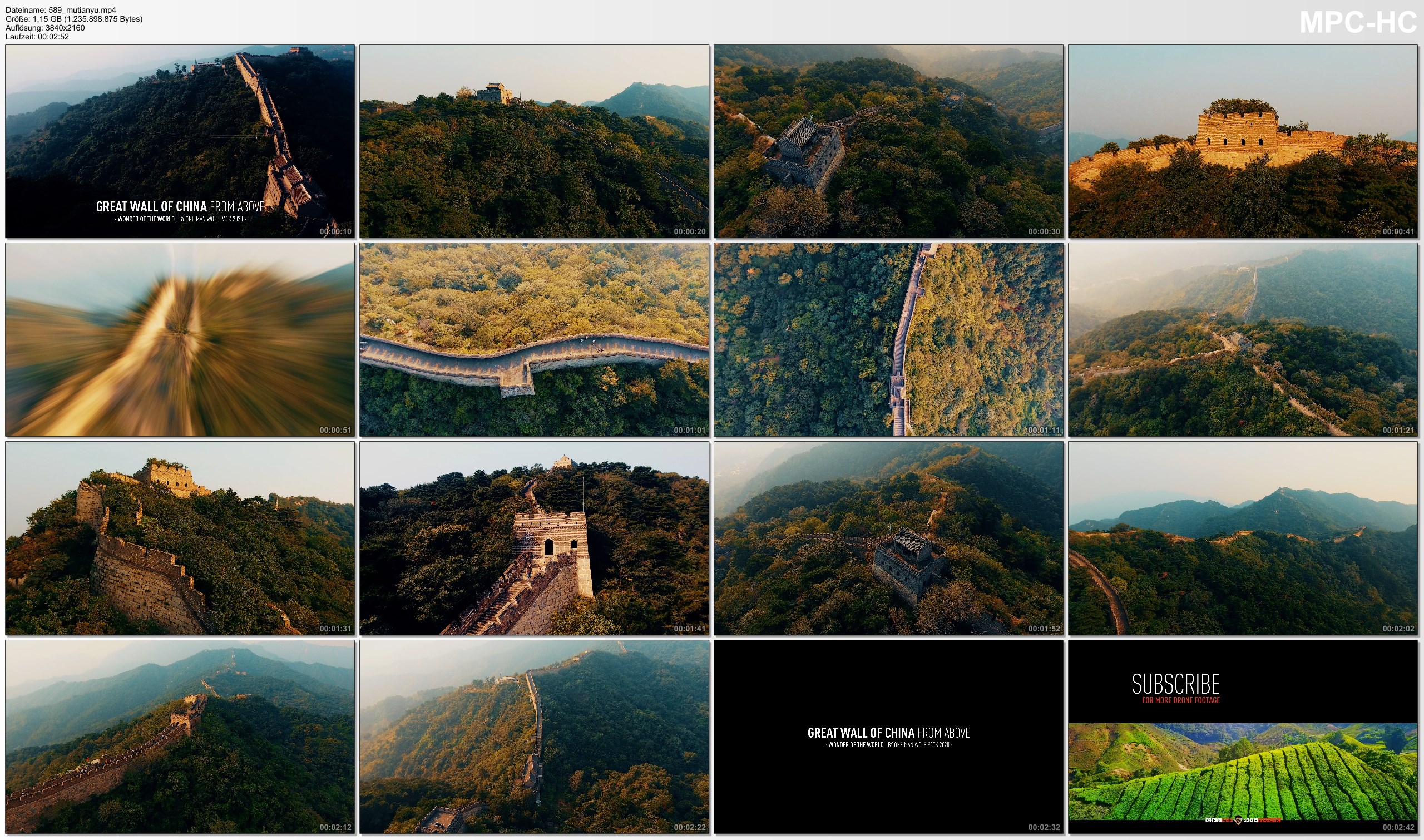