The final 4K footage of my drone flights in Ipoh (Malaysia); project finished & uploaded on 2019-04-19 by One Man Wolf Pack UltraHD Drone Footage.

Media data: This drone video (3:32min playtime) is an extraction of my multipleGB Ipoh 4K Drone Video Footage and Drone Pictures. Footage and Pictures on Sale. For inquiries, contact me via E-Mail, my Blog, Facebook or Instagram Page.

Ipoh Drone Flight: Ipoh is the capital city of the Malaysian state of Perak. Located by the Kinta River, it is nearly 180 km (110 mi) north of Kuala Lumpur and 123 km (76 mi) southeast of George Town in neighbouring Penang. As of 2010, Ipoh contained a population of 657,892, making it the third largest city in Malaysia by population. Originally a village, Ipoh began to grow rapidly in the 1880s after huge deposits of tin were discovered within its vicinity. By 1895, it was the second largest town within the Federated Malay States, which also consisted of Selangor, Negeri Sembilan and Pahang. Ipoh was declared a city in 1988. However, following the depletion of its tin deposits and the collapse of tin prices in the 1970s, the city suffered decades of decline and neglect. In recent years, Ipohs popularity as a tourist destination has been significantly boosted by efforts to conserve its British colonial-era architecture. The city is also well known for its cuisine and natural attractions, such as its limestone hills and caves within which Buddhist temples were built. In addition, Ipoh has managed to maintain its reputation as one of the cleanest cities in Malaysia. Ipohs location between Kuala Lumpur and George Town has made it a major land transportation hub within West Malaysia, with both the Malayan Railways West Coast Line and the North-South Expressway cutting through the city. Aside from the land transportation links, Ipoh is also served by the Sultan Azlan Shah Airport. Ipoh is known as the Hipster Capital of Malaysia by various tourism rating and official agencies. // Ling Sen Tong Temple: Taoist cave temple in lush surrounds featuring numerous colorful statues & a subterranean sanctuary. [wikipedia // Google] 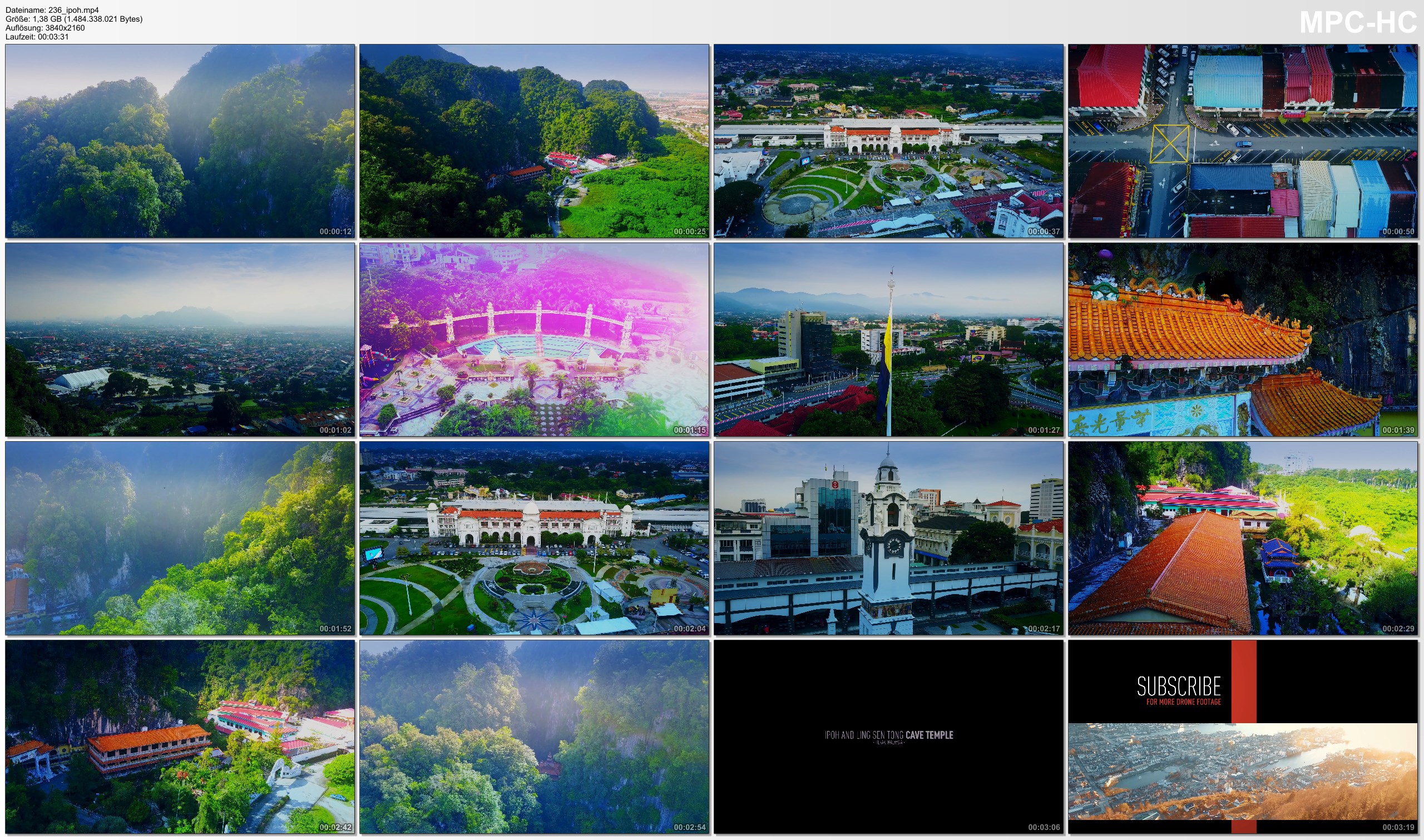