Media data: This drone video (3:08min playtime) is an extraction of my 7.17GB Iran (Tehran · Tochal) 4K Drone Video Footage. Footage on Sale. For inquiries, contact me via E-Mail or my Facebook Page.

Iran (Tehran · Tochal) Drone Flight: Iran, also known as Persia, officially the Islamic Republic of Iran, is a sovereign state in Western Asia. With about 81 million inhabitants, Iran is the world's 18th-most-populous country. Comprising a land area of 1,648,195 km2 (636,372 sq mi), it is the second-largest country in the Middle East and the 17th-largest in the world. Iran is bordered to the northwest by Armenia, the Republic of Azerbaijan, and the Azerbaijani exclave of Nakhchivan; to the north by the Caspian Sea; to the northeast by Turkmenistan; to the east by Afghanistan and Pakistan; to the south by the Persian Gulf and the Gulf of Oman; and to the west by Turkey and Iraq. The country's central location in Eurasia and Western Asia, and its proximity to the Strait of Hormuz, give it geostrategic importance. Tehran is the country's capital and largest city, as well as its leading economic and cultural center. [wikipedia]

Among others, you will see following places in Iran (Tehran · Tochal) by Drone: Tehran, Tochal, Tochal Complex, Tochal Ski Resort

Video taken with the DJI Phantom 4 Drone in February 2017 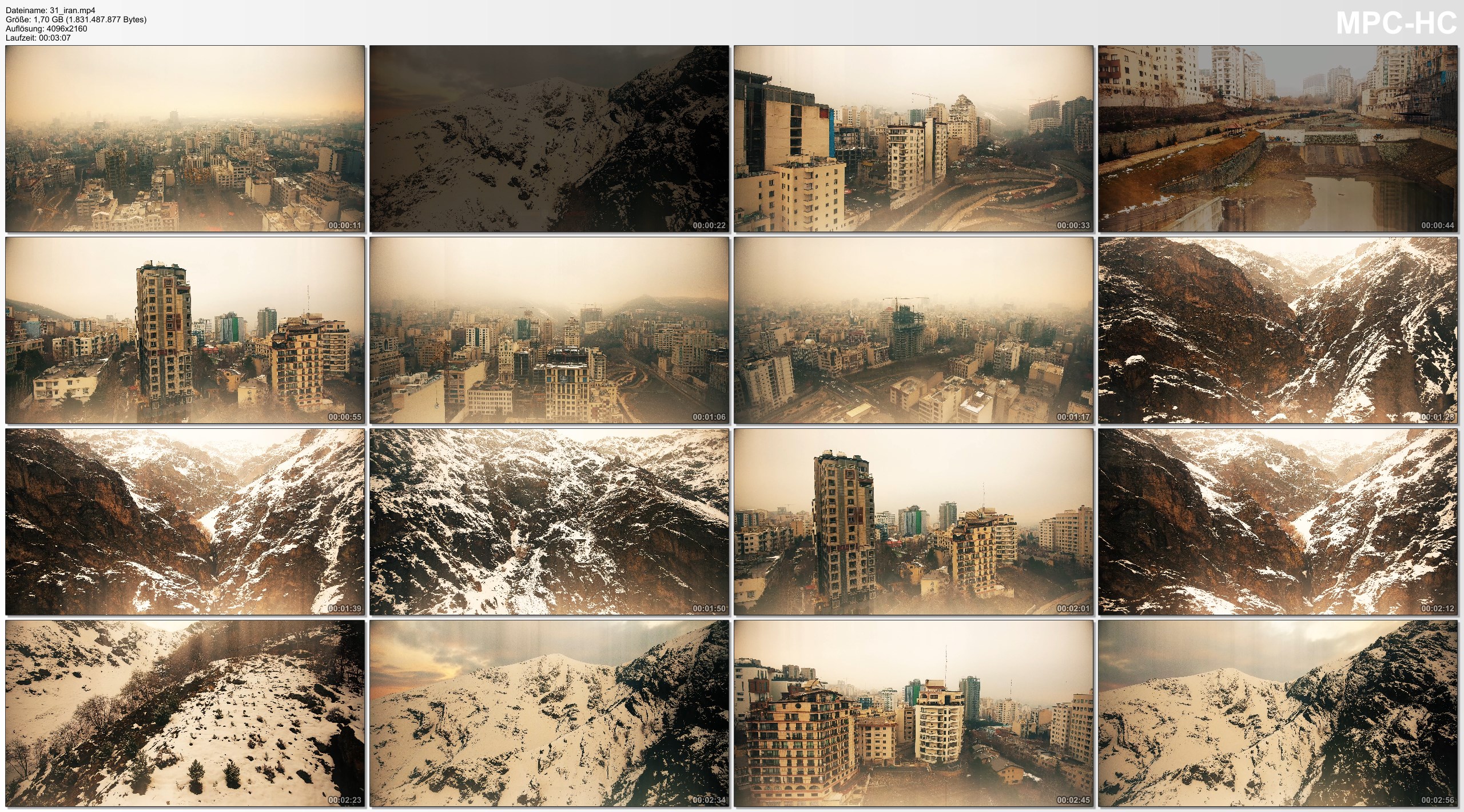