» Media data: This drone video (Internal ID 1092, shots taken in November 2021 and video published in 2022) is an extraction of our self-captured Kusadasi 4K Drone Video Footage & Kusadasi Drone Pictures. Copyright protected Footage and Photos on Sale. For inquiries, please contact us via »E-Mail or our Blog.

About Kusadasi: Kusadasi is a large resort town on Turkeys Aegean coast, and the center of the seaside district of the same name within Aydın Province. Kuşadası is 95 km (59 mi) south of İzmir, and about 60 km (37 mi) from Aydın. The municipalitys primary industry is tourism. The city is situated along a gulf of the same name in the Aegean. The island of Güvercinada (in English: Pigeon Island) is connected to mainland Kuşadası by a man-made causeway, and is situated adjacent to the large hill of Kese Dağı near the center of town. It is located 95 km (59 mi) south of İzmir, the areas metropolitan centre, and approximately 60–70 km (37–43 mi) in driving distance from the provincial seat of Aydın, depending on the route taken. Its neighbours are Selçuk to the north, Germencik to the north-east, and Söke to the east and south. // The city walls – There were once three gates; one remains. // Kaleiçi Mosque – Built in 1618 by Grand Vizier Öküz Kara Mehmed Pasha. // The Öküz Mehmed Pasha Caravanserai is near the docks. It was built in 1618 as a strong-room for the goods of seamen. // Güvercin Adası (Pigeon Island in English) – The peninsula/island at the end of the bay, which has a castle and swimming beaches, including a private beach and cafe with a view back across the bay to the harbour of Kuşadası. Public beaches are located at the back of the peninsula, towards the open sea. // Kirazli – Traditional Turkish village 12 kilometres (7.5 mi) from Kuşadası. // Yılancı Burnu – A second peninsula beyond Güvercin Ada. Possibly the location of the original settlement of Neopolis. Some walls are visible. There are beaches and beach clubs here. // Several aqua-parks with wave-pools and white-water slides are located near the town. // Ladies Beach – Very close to the town center, one of the primary tourist attractions. // Kadıkalesi – Venetian/Byzantine castle, 10 kilometres (6.2 mi) along the Kuşadası-Davutlar road. // Panionium – 25 km (16 mi) south of Kuşadası, situated along the Davutlar-Güzelçamlı road. Once the central meeting place of the Ionian League. The ruins are in poor condition and their authenticity is disputed. [Source: wikipedia // Google] 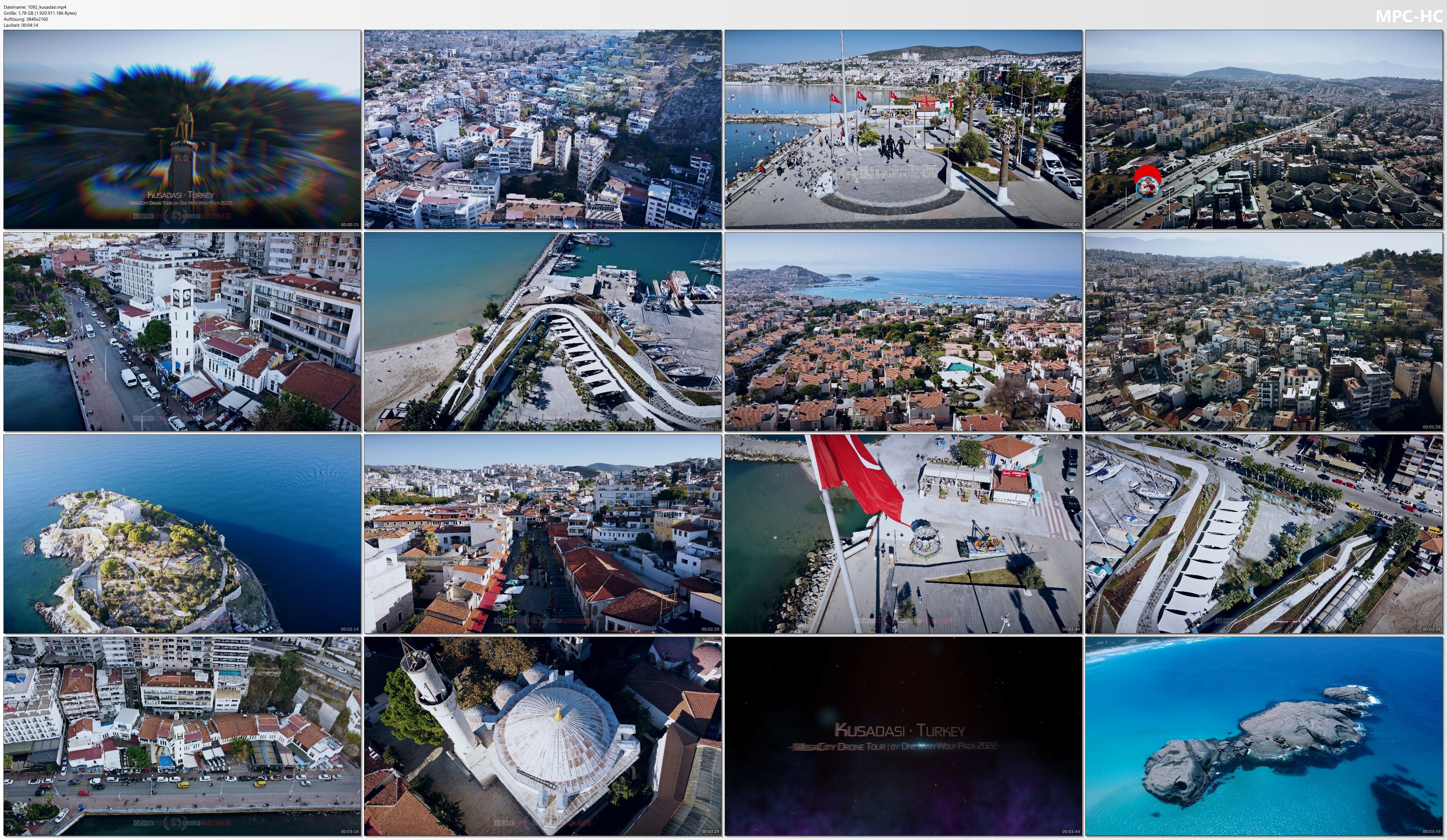