Media data: This drone video (3:19min playtime) is an extraction of my 20.4GB Macau 4K Drone Video Footage. Footage on Sale. For inquiries, contact me via E-Mail or my Facebook Page.

Macau Drone Flight: Macau, also spelled Macao and officially the Macao Special Administrative Region of the People's Republic of China, is an autonomous territory on the western side of the Pearl River estuary in East Asia. Macau is bordered by the city of Zhuhai in Mainland China to the north and the Pearl River Delta to the east and south. Hong Kong lies about 64 kilometres (40 mi) to its east across the Delta. With a population of 650,900 living in an area of 30.5 km2 (11.8 sq mi), it is the most densely populated region in the world. A former Portuguese colony, it was returned to Chinese sovereignty on 20 December 1999. [wikipedia]

Video taken with the DJI Phantom 4 Drone in January 2017 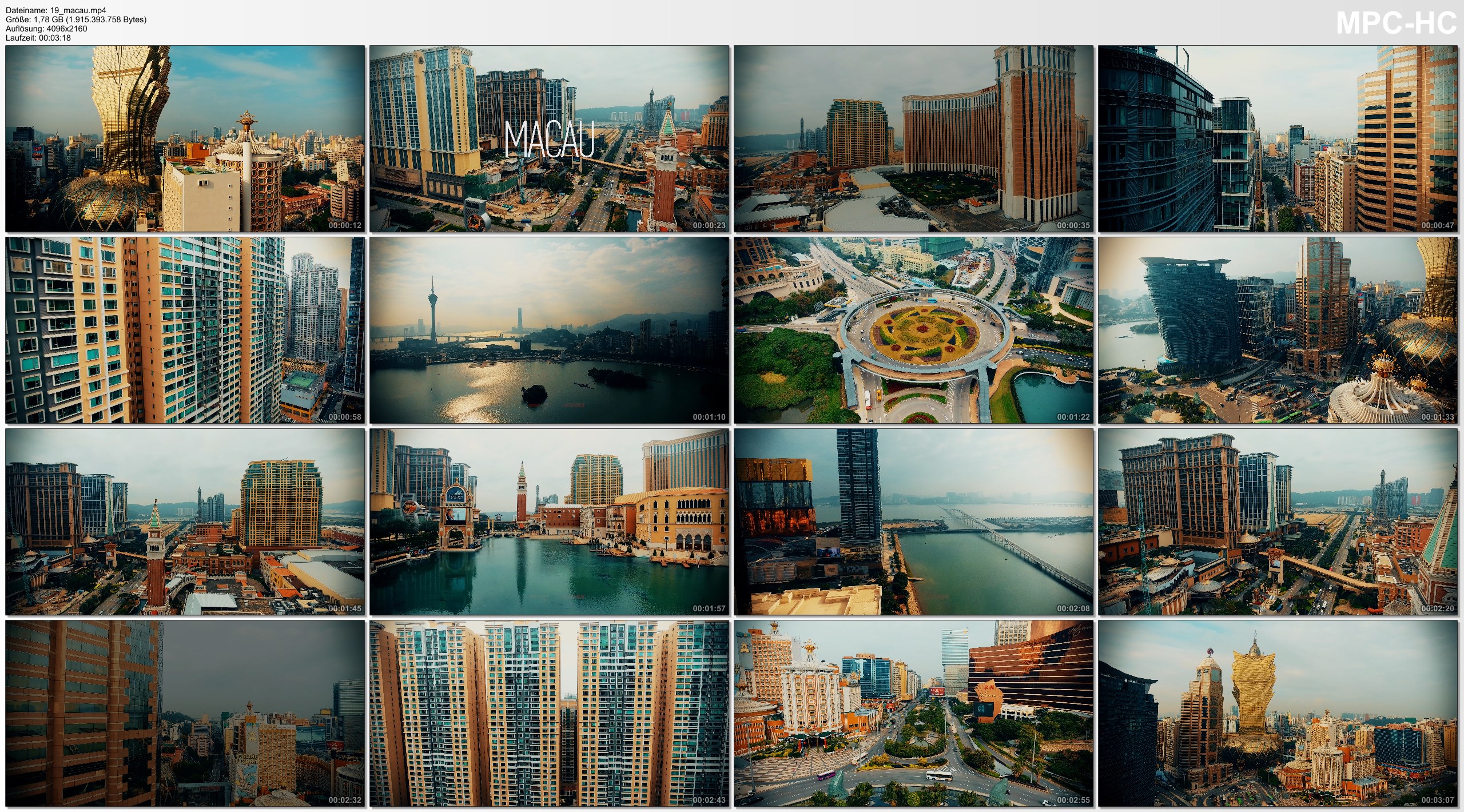