Media data: This drone video (3:55min playtime) is an extraction of my multipleGB Mount Zao 4K Drone Video Footage & Mount Zao Drone Pictures. Footage and Photos on Sale. For inquiries, contact me via E-Mail, my Blog, Facebook or Instagram Page.

Mount Zao Drone Flight: Mount Zaō (蔵王山 Zaō-zan) is a complex volcano on the border between Yamagata Prefecture and Miyagi Prefecture in Japan. It consists of a cluster of stratovolcanoes and is the most active volcano in northern Honshu. The central volcano of the group includes several lava domes and a tuff cone, Goshiki-dake, which contains a crater lake named Okama (御釜). Also known as the Five Color Pond (五色沼, goshiki numa) because it changes color depending on the weather, it lies in a crater formed by a volcanic eruption in the 1720s. The lake is 360 metres (1,200 ft) in diameter and 60 m (200 ft) deep, and is one of the main tourist attractions in the area. One striking feature of Zaōs famous ski resorts is the snow monsters (樹氷 Juhyō) that appear in mid-winter. Strong wind over the nearby lake fling water droplets which freeze against the trees and their branches, until near-horizontal icicles begin to form. Falling snow settles on the ice formations, and the end result is a grotesque figure of a tree. The effect of a full forest of such trees gives visitors a ghostly impression. Zaō is one of the 100 famous mountains in Japan. Rotaria rotatoria and Pinnularia spp. are found in the acidic Okama Lake. [wikipedia // Google] 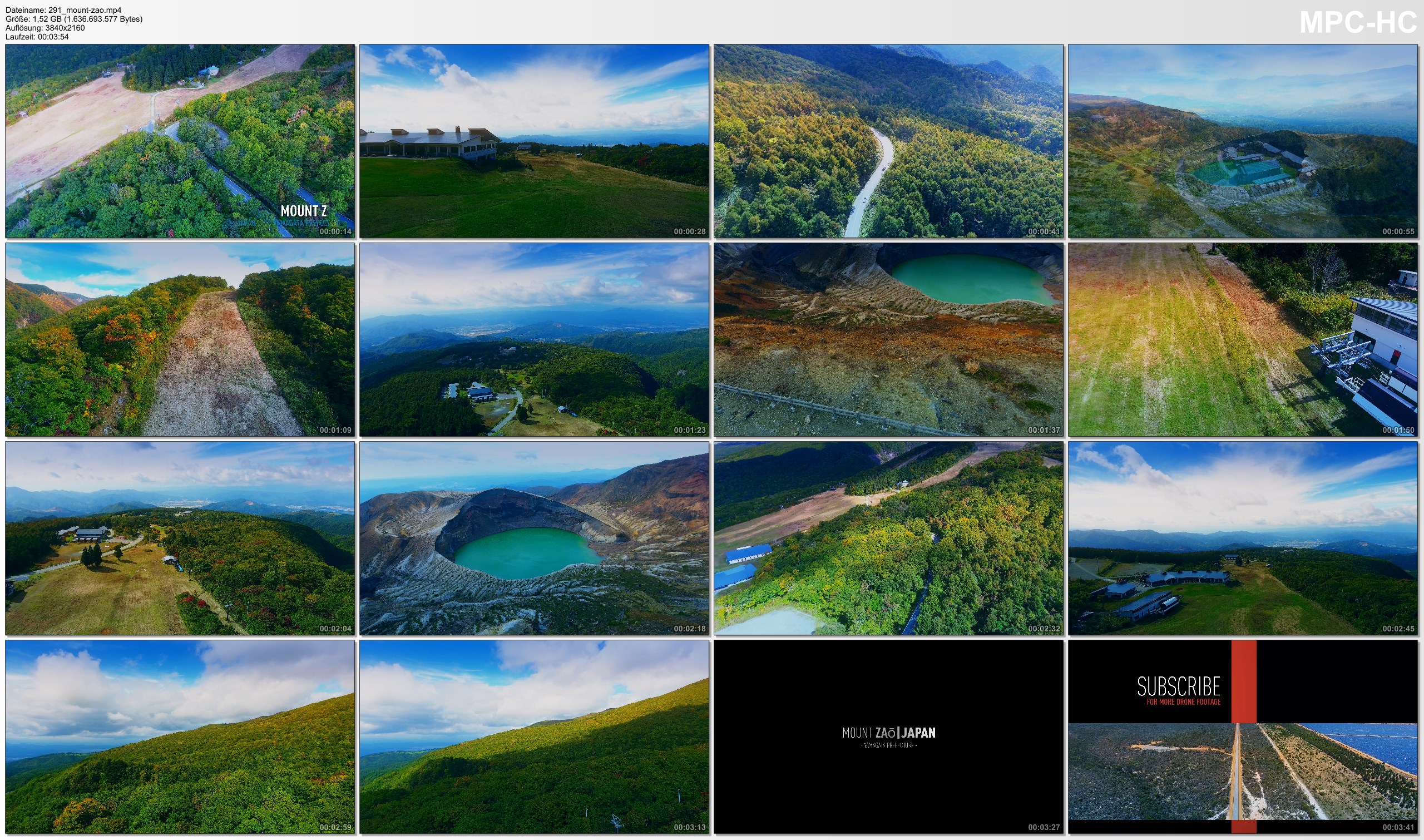