Media data: This drone video (1:40min playtime) is an extraction of my 18.3GB Mount Zao 4K Drone Video Footage. Footage on Sale. For inquiries, contact me via E-Mail or my Facebook Page.

Mount Zao Drone Flight: Mount Zaō is a complex volcano on the border between Yamagata Prefecture and Miyagi Prefecture in Japan. It consists of a cluster of stratovolcanoes and is the most active volcano in northern Honshu. The central volcano of the group includes several lava domes and a tuff cone, Goshiki-dake, which contains a crater lake named . Also known as the because it changes color depending on the weather, it lies in a crater formed by a volcanic eruption in the 1720s. The lake is 360 metres in diameter and 60 m deep, and is one of the main tourist attractions in the area. [wikipedia] 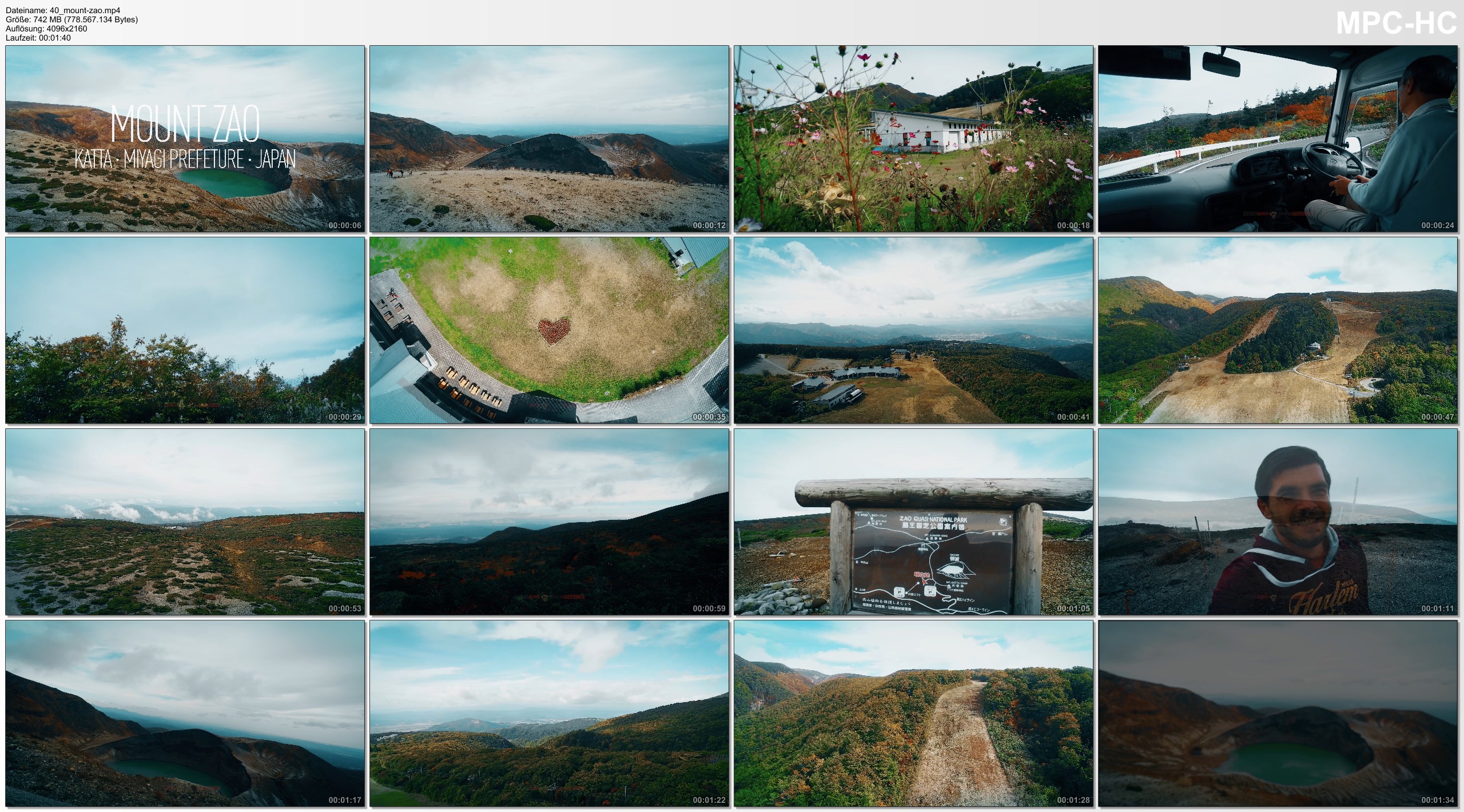