Media data: This drone video (5:30min playtime) is an extraction of my multipleGB Mui Ne 4K Drone Video Footage & Drone Pictures. Footage and Pictures on Sale. For inquiries, contact me via E-Mail, my Blog, Facebook or Instagram Page.

Mui Ne Drone Flight: Mũi Né is a coastal fishing town in the south-central Bình Thuan Province of Vietnam. The town, with approximately 25,000 residents, is a ward of the city of Phan Thiết. Mui Ne and the other wards of Phan Thiet stretch along the coast for approximately 50 kilometers and have been transformed into a resort destination since the mid 1990s, when many visited the area to view the solar eclipse of October 24, 1995. Most notably, tourism has developed in the area from the Phan Thiet city center to Mui Ne, which has more than a hundred beach resorts, as well as restaurants, bars, shops and cafes. Mũi Né ward has two beaches; Ganh Beach and Suoi Nuoc Beach, both with a number of resorts and a few shops and restaurants. But the most highly developed area is Rang Beach in Ham Tien ward (often erroneously called Mui Ne Beach by foreigners), which extends west of Mui Ne. Strong sea breezes make all three beaches very popular for kitesurfing and windsurfing. The tourist season is from December to April. The average temperature is 27°C, and the climate is hot and dry much of the year. Mui Ne is well known for unique white sand dunes, featuring several lakes and even swamps straight in the middle of sandy terrain. It is also the only place in Vietnam with hot air balloon ride service for adventurous tourists. // Mũi Né is a beach resort town along the South China Sea in Southeast Vietnam. With a long, palm-lined stretch of sand, it has steady wind conditions (in the dry season) that make it a top destination for windsurfing, kitesurfing, sailing and other water sports. Its also a popular weekend getaway from Ho Chi Minh City, with a busy strip of hotels, restaurants and shops. North of the strip is a vast expanse of towering red and white sand dunes affording views of the coast and surrounding countryside, and tucked among them is green-hued Silver Lake. Fairy Stream runs from the coast inland through red clay and limestone rock formations and bamboo forests. In the hilly area around the Princes Castle (the remains of a circa-1911 French estate house) are the Po Shanu Cham Towers, 9th-century remnants of the ancient Champa kingdom that once ruled the region. The tomb of famed poet Nguyen Thong is also nearby. [wikipedia // Google] 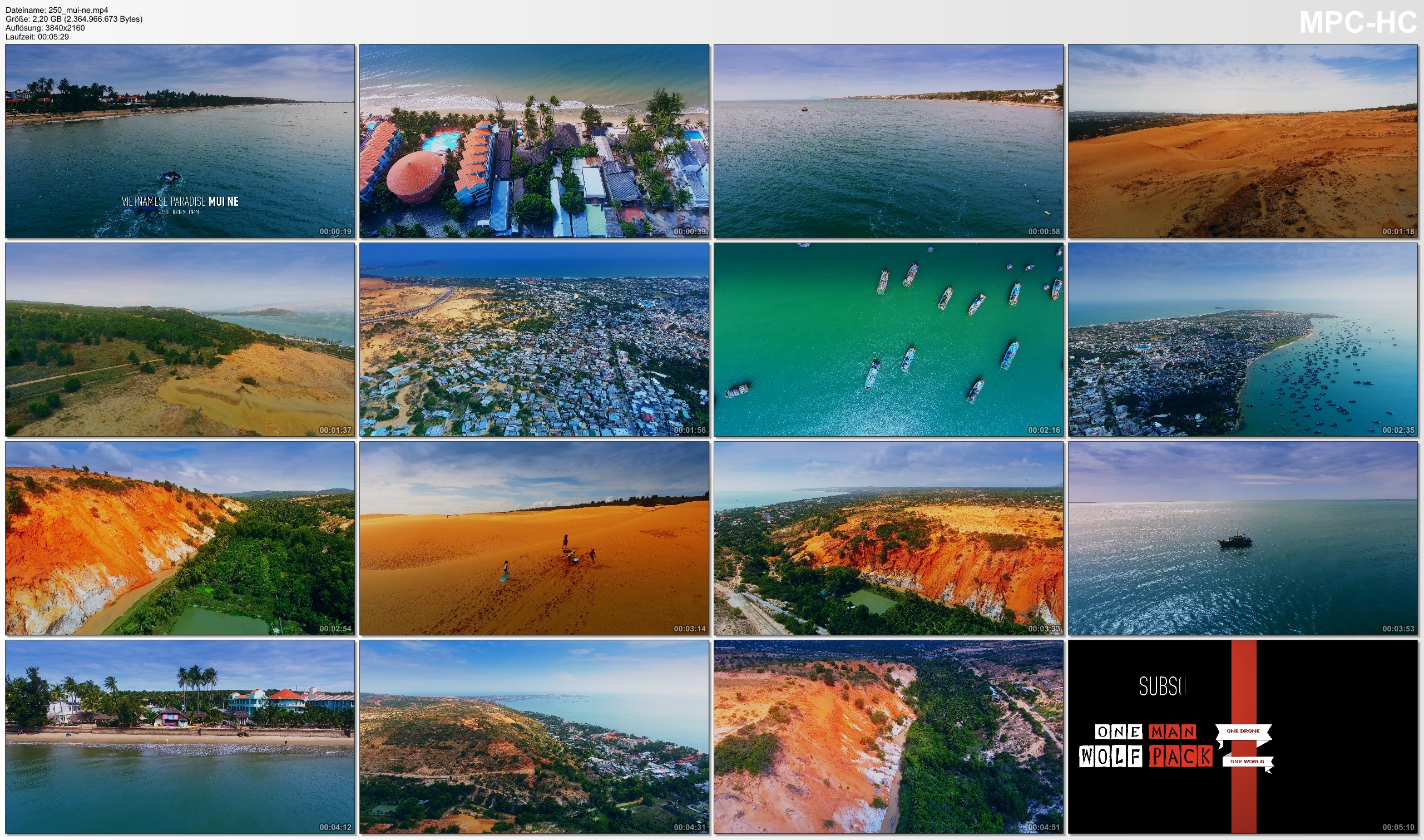