Media data: This drone video (3:03min playtime) is an extraction of my 125.5GB Rio de Janeiro 4K Drone Video Footage. Footage on Sale. For inquiries, contact me via E-Mail, my Blog, Facebook or Instagram Page.

Rio de Janeiro Drone Flight: Rocinha is the largest favela in Brazil, located in Rio de Janeiros South Zone between the districts of São Conrado and Gávea. Rocinha is built on a steep hillside overlooking Rio de Janeiro, and is located about one kilometre from a nearby beach. Most of the favela is on a very steep hill, with many trees surrounding it. Almost 70,000 (census 2010) people live in Rocinha, making it the most populous favela in Brazil. Although Rocinha is officially classified as a neighbourhood, many still refer to it as a favela. It developed from a shanty town into an urbanized slum. Today, almost all the houses in Rocinha are made from concrete and brick. Some buildings are three and four stories tall and almost all houses have basic sanitation, plumbing and electricity. Compared to simple shanty towns or slums, Rocinha has a better developed infrastructure and hundreds of businesses such as banks, medicine stores, bus routes, cable television, including locally based channel TV ROC (TV Rocinha [pt]), and, at one time, a McDonalds franchise. These factors help classify Rocinha as a favela bairro, or favela neighborhood. [wikipedia]

Video taken with the DJI Mavic Pro Drone in December 2018 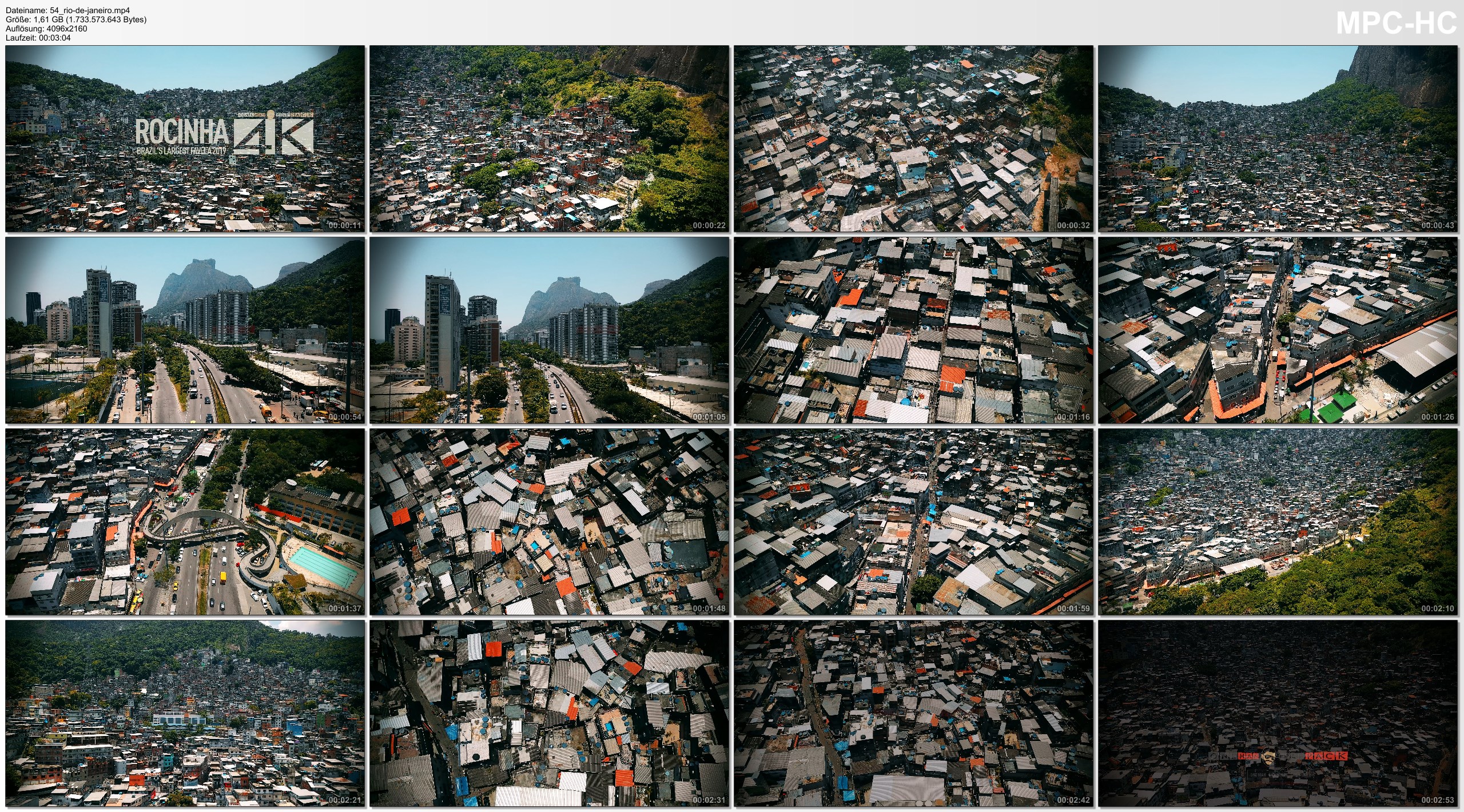