The final 4K footage of my drone flights in Singapore (Southeast Asia); project finished and uploaded on 2019-01-31 by One Man Wolf Pack HQ drone footage.

Singapore Drone Flight: Singapore, officially the Republic of Singapore (Malay: Republik Singapura; Chinese: 新加坡共和国; Tamil: சிங்கப்பூர் குடியரசு), is a sovereign city-state and island country in Southeast Asia. It lies one degree (137 kilometres) north of the equator, at the southern tip of the Malay Peninsula, with Indonesias Riau Islands to the south and Peninsular Malaysia to the north. Singapores territory consists of one main island along with 62 other islets. Since independence, extensive land reclamation has increased its total size by 23% (130 square kilometres). The country is known for its transition from a developing to a developed one in a single generation under the leadership of its founding father, Lee Kuan Yew. // Singapore, an island city-state off southern Malaysia, is a global financial center with a tropical climate and multicultural population. Its colonial core centers on the Padang, a cricket field since the 1830s and now flanked by grand buildings such as City Hall, with its 18 Corinthian columns. In Singapores circa-1820 Chinatown stands the red-and-gold Buddha Tooth Relic Temple, said to house one of Buddhas teeth. [wikipedia // Google]

Drone Pictures from Video 【4K】Drone Footage | SINGAPORE 2019 ..:: The Lion City as you have NEVER SEEN BEFORE » 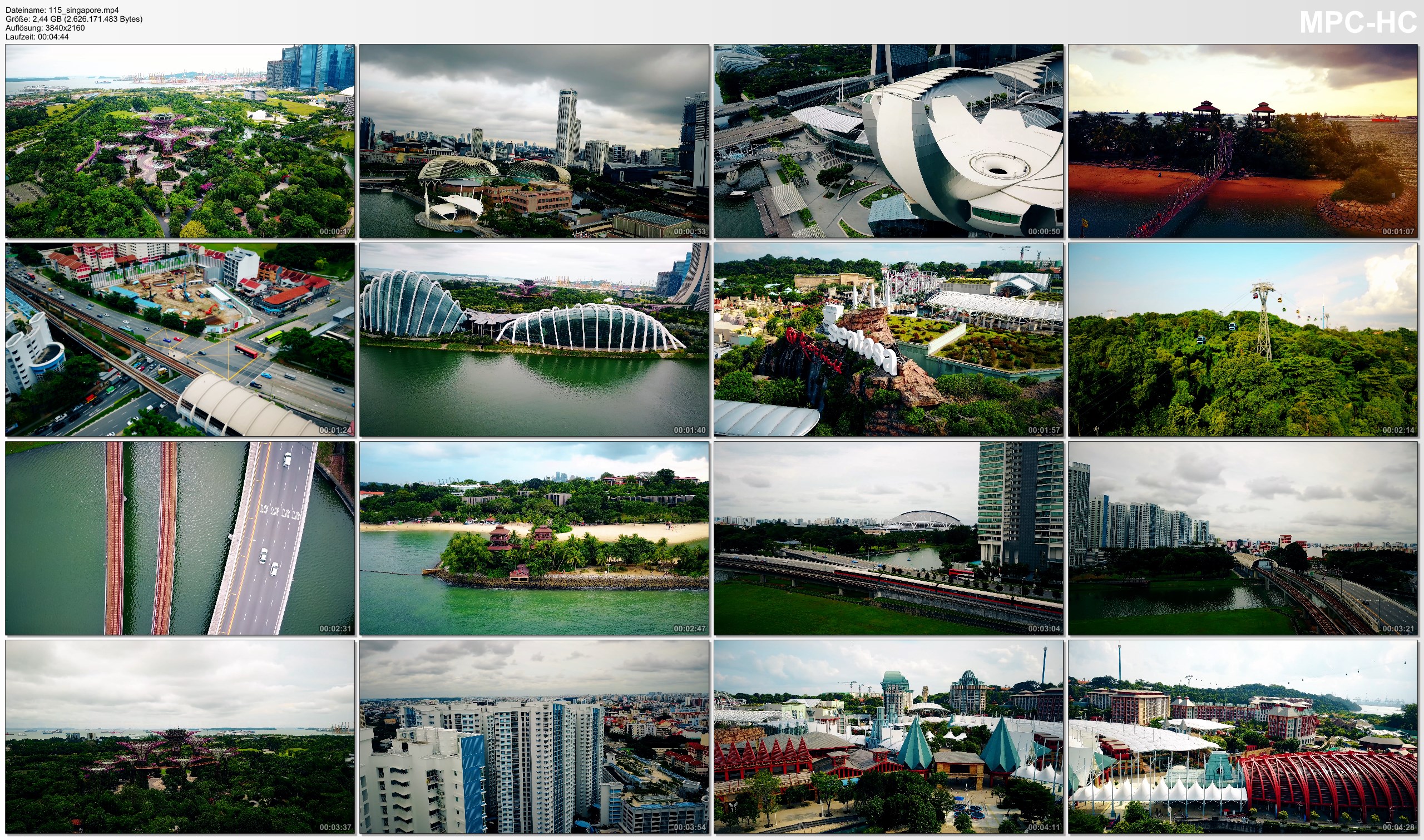