The final 4K footage of my drone flights in Yamadera (Yamagata Prefecture; Japan) including the famous Risshaku-Ji Temple; project finished & uploaded on 2020-04-25 by One Man Wolf Pack UltraHD Drone Footage.

About Yamadera: Yamagata is a city in northern Japan. In the center, Kajo Park contains the remains of Yamagata Castle, and is known for spring cherry blossoms. Northeast of the city, a long stairway leads up Mount Hojusan to the Yamadera Temple complex. The temples Godaido observation deck offers panoramic views. Nearby, Yamadera Basho Museum is dedicated to the 17th-century poet Basho, who was inspired by his visit to the area. // Yama-dera (山寺, lit. Mountain Temple), (山号 宝珠山; Sangō Hōshu-zan) is about a twenty-minute train ride (Senzan Line) northeast of Yamagata City, in Yamagata Prefecture, Japan. The temple is a nationally designated Place of Scenic Beauty and Historic Site. The area is named after the common name of the temple of Risshaku-ji (立石寺), founded in 860 AD by the priest Ennin (円仁) (AD 793 or 794–864), who is better known in Japan by his posthumous name, Jikaku Daishi (慈覺大師). In 847 he returned to Japan from China and in 854 he became the chief priest of the Tendai sect at Enryaku-ji. Risshaku-ji was founded as a branch temple of Enryaku-ji on Mt. Hiei near Kyoto. Even today the ritual fires brought from Enryaku-ji are still burning in the main temple. It developed into the major Heian-period (794–1185) temple for rural Dewa province (now Yamagata and Akita prefectures). This main temple, the Konpon-chūdō, an important cultural asset, is said to have been built in 1356 by Shiba Kaneyori, lord of Yamagata Castle. Most of Risshaku-ji was destroyed during the local wars of the early 16th century. [Source: wikipedia // Google] 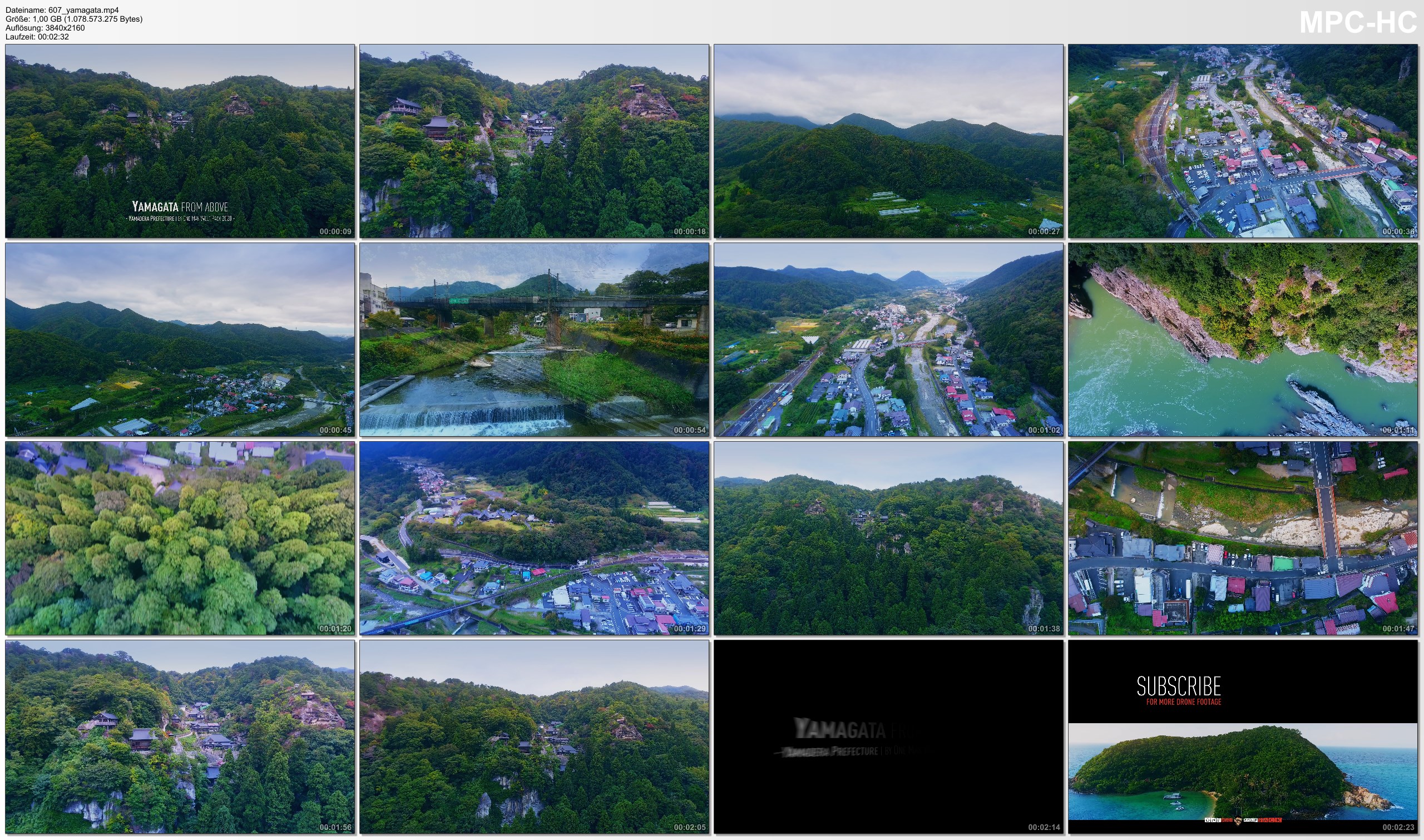