»All about this Faroe Islands Signature Drone Video by One Man Wolf Pack
The final 4K footage of my drone flights in Faroe Islands with my DJI Mavic Pro; project finished and uploaded on 2018-08-15 - enjoy! :-)

Media data: This drone video (2:20min playtime) is an extraction of my 18.6GB Faroe Islands 4K Drone Video Footage. Footage on Sale. For inquiries, contact me via E-Mail, my Blog, Facebook or Instagram Page.

Faroe Islands Drone Flight: The Faroe Islands, also spelled the Faeroe Islands, is a North Atlantic archipelago located 320 kilometres north-northwest of Scotland, about halfway between Norway and Iceland. The islands are an autonomous country within the Kingdom of Denmark. Their area is about 1,400 square kilometres with a population of 50,322 in October 2017. 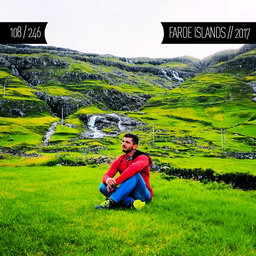