»All about this Switzerland Signature Drone Video by One Man Wolf Pack
The final 4K footage of my drone flights in Lugano and Gandria (Switzerland); project finished and uploaded on 2019-01-29 - enjoy! :-)

Media data: This drone video (4:11min playtime) is an extraction of my multipleGB Lugano 4K Drone Video Footage. Footage on Sale. For inquiries, contact me via E-Mail, my Blog, Facebook or Instagram Page.

Lugano Drone Flight: Lugano is a city in southern Switzerland in the Italian-speaking canton of Ticino bordering Italy. It has a population (as of December 2017) of 63,494, and an urban agglomeration of over 145,000. The 9th largest Swiss city, it is the largest in Ticino and largest with an Italian speaking majority outside of Italy. The city lies on Lake Lugano, surrounded by the mountains of the Lugano Prealps. The eastern part of the city shares a border with Italy. // Lugano is a city in southern Switzerland’s Italian-speaking Ticino region. Its Swiss-Mediterranean mix of cultures is closely related to that of Italy’s northern Lombardy region. This mix is reflected in its architecture and cuisine. The city stands on the northern shore of glacial Lake Lugano, surrounded by mountains. Its main square, Piazza della Riforma, is ringed with pastel-colored, neoclassical palazzi. 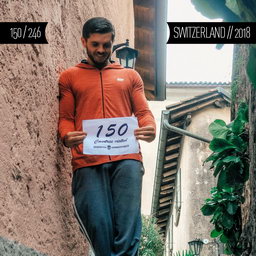