Here, you will find my best pictures from on the road in Greenland, North America.
Below, you may also see some exquisite Greenland Drone Videos and Drone Pictures by One Man Wolf Pack, as well as regular Videos from Greenland!

No Pictures of Greenland itself available

No Drone Photos of Greenland itself available


Drone videos and more by the One Man Wolf Pack! Blogger and Digital Nomad Miroslaw Wawak travels all 246 countries of the world and shares his experiences, pictures & videos. Join the madness, join the Drone Around The World!
4K raw footage from GREENLAND at the Capital Nuuk, Qaqortoq, Kangerlussuaq, Paamiut and many more | 2020 | by One Man Wolf Pack UltraHD Drone Footage. Stock Videos from North America on Sale!

Greenland Drone Flight: Greenland is a massive island and autonomous Danish territory between the North Atlantic and Arctic oceans. Much of its land surface is covered in ice. Most of its small population lives along the ice-free, fjord-lined coast, particularly in the southwest. Its northerly position, largely above the Arctic Circle, results in natural phenomena such as summers midnight sun and winters Northern Lights. With few roads, travel in Greenland is mainly by air or boat. Glaciers, whales, seals and polar bears can be seen on coastal cruises and on flightseeing trips from the capital Nuuk. The Sarfaq Ittuk ferry links Qaqortoq village to the icebergs of Ilulissat Icefjord. Hiking, snowmobile and dogsled expeditions visit the ice-covered interior. In Nuuk, the Greenland National Museums collections include geological exhibits and 15th-century mummies. Nuuk Art Museum displays Inuit carvings. Fishing villages and colorful cottages dot the southwest coast, and there are 13th-century Norse ruins around Igaliku in the south. 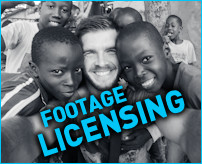