Here, you will find my best pictures from on the road in Mali, Africa.
Below, you may also see some exquisite Mali Drone Videos and Drone Pictures by One Man Wolf Pack, as well as regular Videos from Mali!

Pictures of Mali itself »

Drone Photos of Mali itself »


Drone videos and more by the One Man Wolf Pack! Blogger and Digital Nomad Miroslaw Wawak travels all 246 countries of the world and shares his experiences, pictures & videos. Join the madness, join the Drone Around The World!
4K raw footage from MALI at the Capital City Bamako | 2020 | by One Man Wolf Pack UltraHD Drone Footage. Stock Videos from Africa on Sale!

Mali Drone Flight: Bamako is the capital and largest city of Mali, with a population of 1,810,366. In 2006, it was estimated to be the fastest-growing city in Africa and sixth-fastest in the world. It is located on the Niger River, near the rapids that divide the upper and middle Niger valleys in the southwestern part of the country. Bamako is the nations administrative centre. The city proper is a cercle in its own right. Bamakos river port is located in nearby Koulikoro, along with a major regional trade and conference center. Bamako is the seventh-largest West African urban center after Lagos, Abidjan, Kano, Ibadan, Dakar, and Accra. Locally manufactured goods include textiles, processed meat, and metal goods. Commercial fishing occurs on the Niger River. The name Bamako comes from the Bambara word meaning crocodile tail. // Mali, officially the Republic of Mali, is a landlocked country in West Africa, a region geologically identified with the West African Craton. Mali is the eighth-largest country in Africa, with an area of just over 1,240,000 square kilometres. The population of Mali is 18 million. Its capital is Bamako. The sovereign state of Mali consists of eight regions and its borders on the north reach deep into the middle of the Sahara Desert, while the countrys southern part, where the majority of inhabitants live, features the Niger and Senegal rivers. 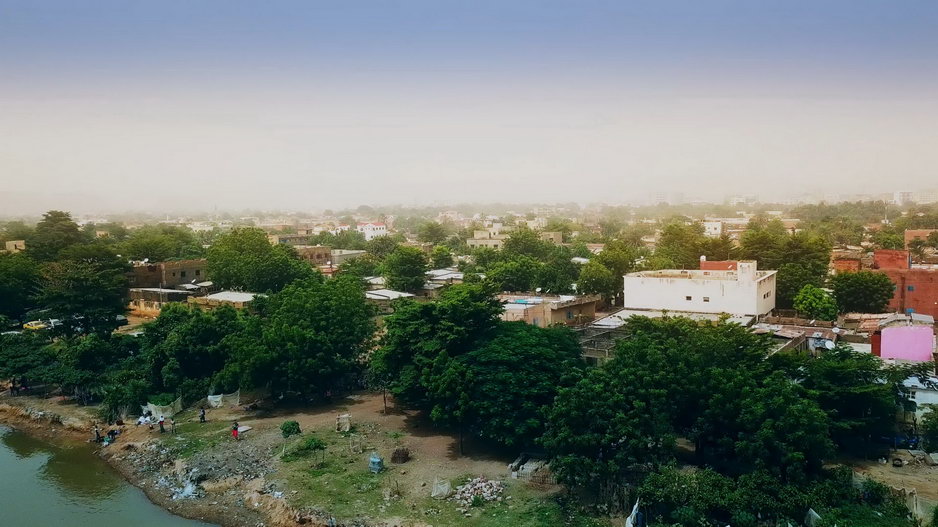