»All about this Dominica Signature Drone Video by One Man Wolf Pack
The final 4K footage of my drone flights in dominica (Caribbean) with my DJI Phantom 4; project finished and uploaded on 2018-01-08 - enjoy! :-)

Media data: This drone video (4:49min playtime) is an extraction of my 58.04GB dominica 4K Drone Video Footage. Footage on Sale. For inquiries, contact me via E-Mail or my Facebook Page.

dominica Drone Flight: Dominica, officially the Commonwealth of Dominica, is an island republic. The capital, Roseau, is located on the leeward side of the island. It is part of the Windward Islands in the Lesser Antilles archipelago in the Caribbean Sea. The island lies south-southeast of Guadeloupe and northwest of Martinique. Its area is 750 km2 (290 sq mi), and the highest point is Morne Diablotins, at 1,447 m (4,747 ft) in elevation. The population was 71,293 at the 2011 census. 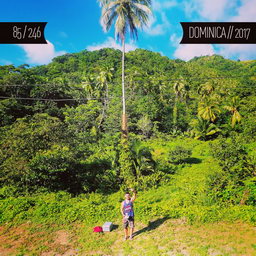