» Media data: This drone video (Internal ID 894, taken in between 2016 & 2021 and published in 2021) is an extraction of my Saint Lucia 4K Drone Video Footage & Saint Lucia Drone Pictures. Copyright protected Footage and Photos on Sale. For inquiries, please contact me via E-Mail or my Blog.

About Saint Lucia: Saint Lucia is a sovereign island country in the West Indies in the eastern Caribbean Sea on the boundary with the Atlantic Ocean. The island was previously called Iyonola, the name given to the island by the native Arawaks and later, Hewanorra, the name given by the native Caribs, two separate Amerindian peoples. Part of the Lesser Antilles, it is located north/northeast of the island of Saint Vincent, northwest of Barbados and south of Martinique. It covers a land area of 617 km2 (238 square miles) and reported a population of 165,595 in the 2010 census. Its capital is Castries. The French were the first Europeans to settle on the island. They signed a treaty with the native Island Caribs in 1660. England took control of the island from 1663 to 1667. In ensuing years, it was at war with France fourteen times, and the rule of the island changed frequently (it was ruled seven times each by the French and British). In 1814, the British took definitive control of the island. Because it switched so often between British and French control, Saint Lucia was also known as the Helen of the West Indies after the Greek mythological character, Helen of Troy. Representative government came about in 1840 (universal suffrage was established in 1953). From 1958 to 1962, the island was a member of the West Indies Federation. On 22 February 1979, Saint Lucia became an independent state and a member of the Commonwealth of Nations. Saint Lucia is a mixed jurisdiction, meaning that it has a legal system based in part on both the civil law and English common law. The Civil Code of St. Lucia of 1867 was based on the Quebec Civil Code of 1866, as supplemented by English common law-style legislation. It is also a member of Organisation internationale de la Francophonie. 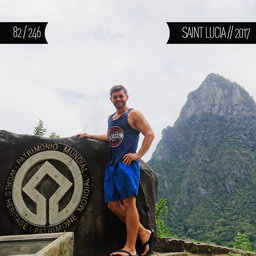