»All about this Guyana Signature Drone Video by One Man Wolf Pack
The final 4K footage of my drone flights in Guyana (Georgetown) (South America) with my DJI Phantom 4; project finished and uploaded on 2018-03-10 - enjoy! :-)

Media data: This drone video (2:48min playtime) is an extraction of my 22.9GB Guyana (Georgetown) 4K Drone Video Footage. Footage on Sale. For inquiries, contact me via E-Mail or my Facebook Page.

Guyana (Georgetown) Drone Flight: Guyana officially the Co-operative Republic of Guyana, is a sovereign state on the northern mainland of South America. It is, however, often considered part of the Caribbean region because of its strong cultural, historical, and political ties with other Anglo Caribbean countries and the Caribbean Community (CARICOM). Guyana is bordered by the Atlantic Ocean to the north, Brazil to the south and southwest, Suriname to the east and Venezuela to the west. With 215,000 square kilometres, Guyana is the fourth-smallest country on mainland South America after Uruguay, Suriname and French Guiana. 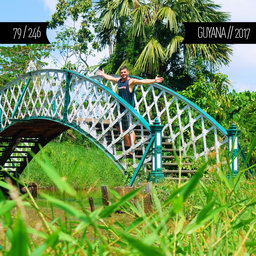