Media data: This video (2:08min playtime) is an extraction of my multipleGB Dhaka 4K Video Footage. Footage on Sale. For inquiries, contact me via E-Mail, my Blog, Facebook or Instagram Page.

Pictures from Video 【4K】Footage | Road-Safety Protests in DHAKA 2018 ..:: Heavy Destruction in the Capital of Bangladesh » 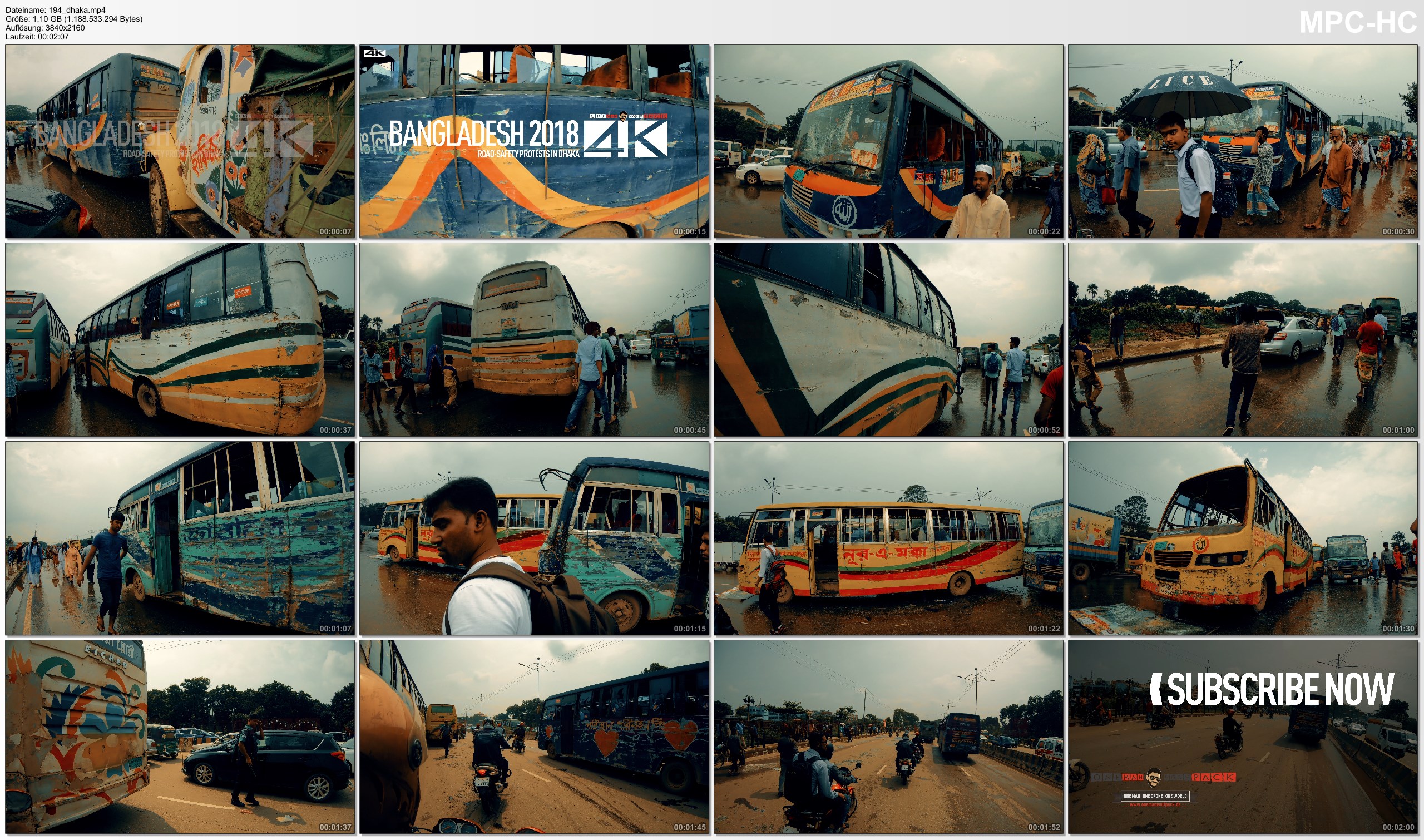