4K UltraHD World Trip travel footage of my Trip to the Capital of Syria - Damascus in late 2019. The next 2 ¼ Hours in this travel video will show you the highlights of Damascus City Center, like the Great Mosque (Umayyad), the famous Al-Hamidiyah Souq (one of the biggest markets/souqs in Asia), the Temple of Jupiter and many more fantastic touristic sights and spots, as well as the wonderful People of Syria; project finished & uploaded on 2020-05-18 by One Man Wolf Pack UltraHD Drone Footage. 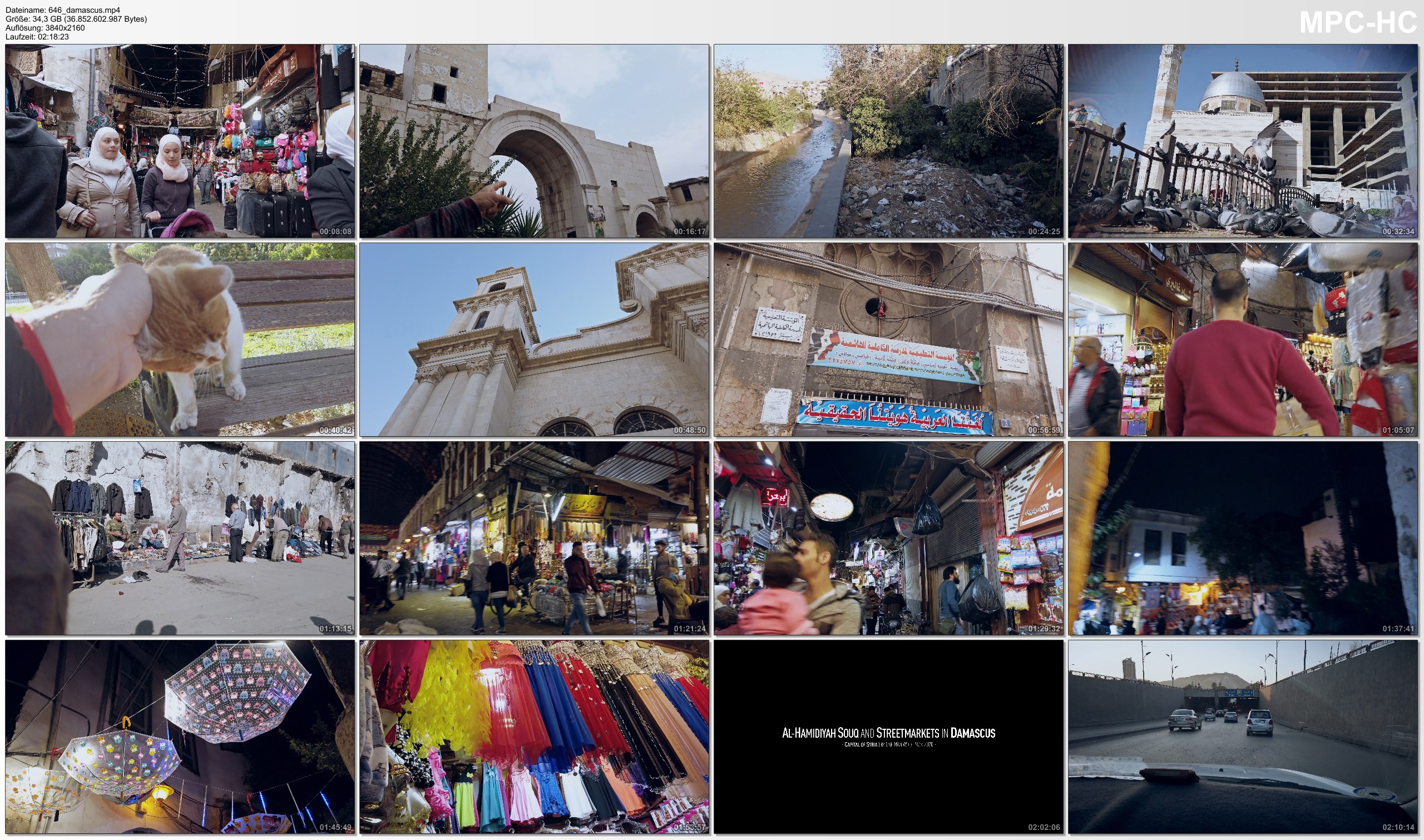