The final 4K footage of my drone flights in Bali (Indonesia); project finished & uploaded on 2019-05-08 by One Man Wolf Pack UltraHD Drone Footage.

Media data: This drone video (2:40min playtime) is an extraction of my multipleGB Bali 4K Drone Video Footage & Bali Drone Pictures. Footage and Photos on Sale. For inquiries, contact me via E-Mail, my Blog, Facebook or Instagram Page.

Bali Drone Flight: Bali is an Indonesian island known for its forested volcanic mountains, iconic rice paddies, beaches and coral reefs. The island is home to religious sites such as cliffside Uluwatu Temple. To the south, the beachside city of Kuta has lively bars, while Seminyak, Sanur and Nusa Dua are popular resort towns. The island is also known for its yoga and meditation retreats. The southern tip is also world-renowned for its prime surfing spots such as Padang Padang and Uluwatu. Further inland is Ubud, a hill town known for its spa treatments, yoga and ecotourism, which may include a trip to a monkey preserve. Ringing the island are coral reefs teeming with sea life, making it a hot spot for scuba diving. You can also get a taste of Balinese culture at a gamelan percussion performance or one of thousands of Hindu temples, which feature intricate sculpture and regular festivals. [wikipedia // Google] 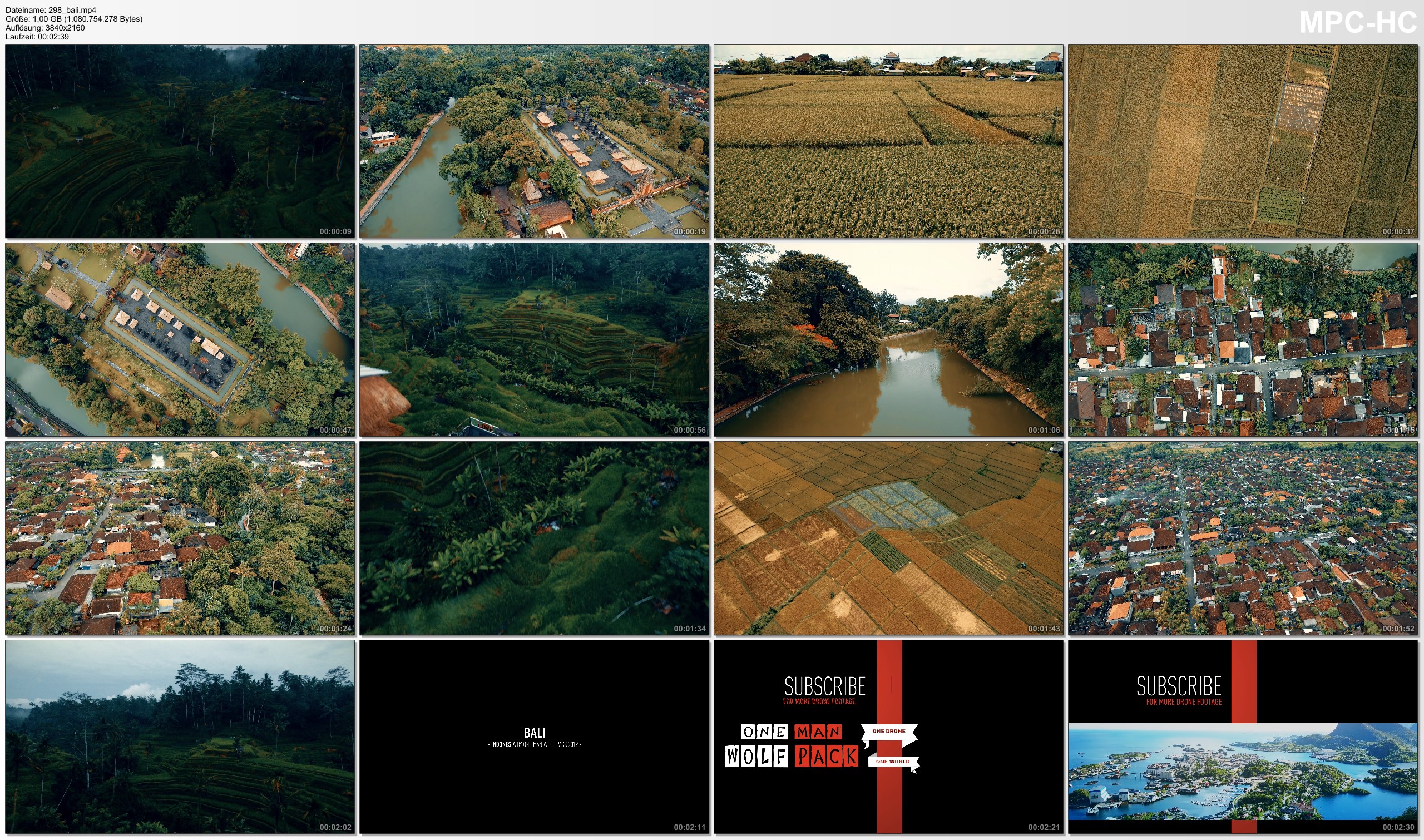