Media data: This drone video (3:03min playtime) is an extraction of my 22.6GB Brasilia 4K Drone Video Footage. Footage on Sale. For inquiries, contact me via E-Mail or my Facebook Page.

Brasilia Drone Flight: Brasília is the federal capital of Brazil and seat of government of the Federal District. The city is located at the top the Brazilian highlands in the country's center-western region. It was founded on April 21, 1960, to serve as the new national capital. Brasília and its metro area were estimated to be Brazil's 3rd most populous city. Among major Latin American cities, Brasília has the highest GDP per capita at R$61,915 (US$36,175). [wikipedia]

Video taken with the DJI Phantom 4 Drone in March 2017 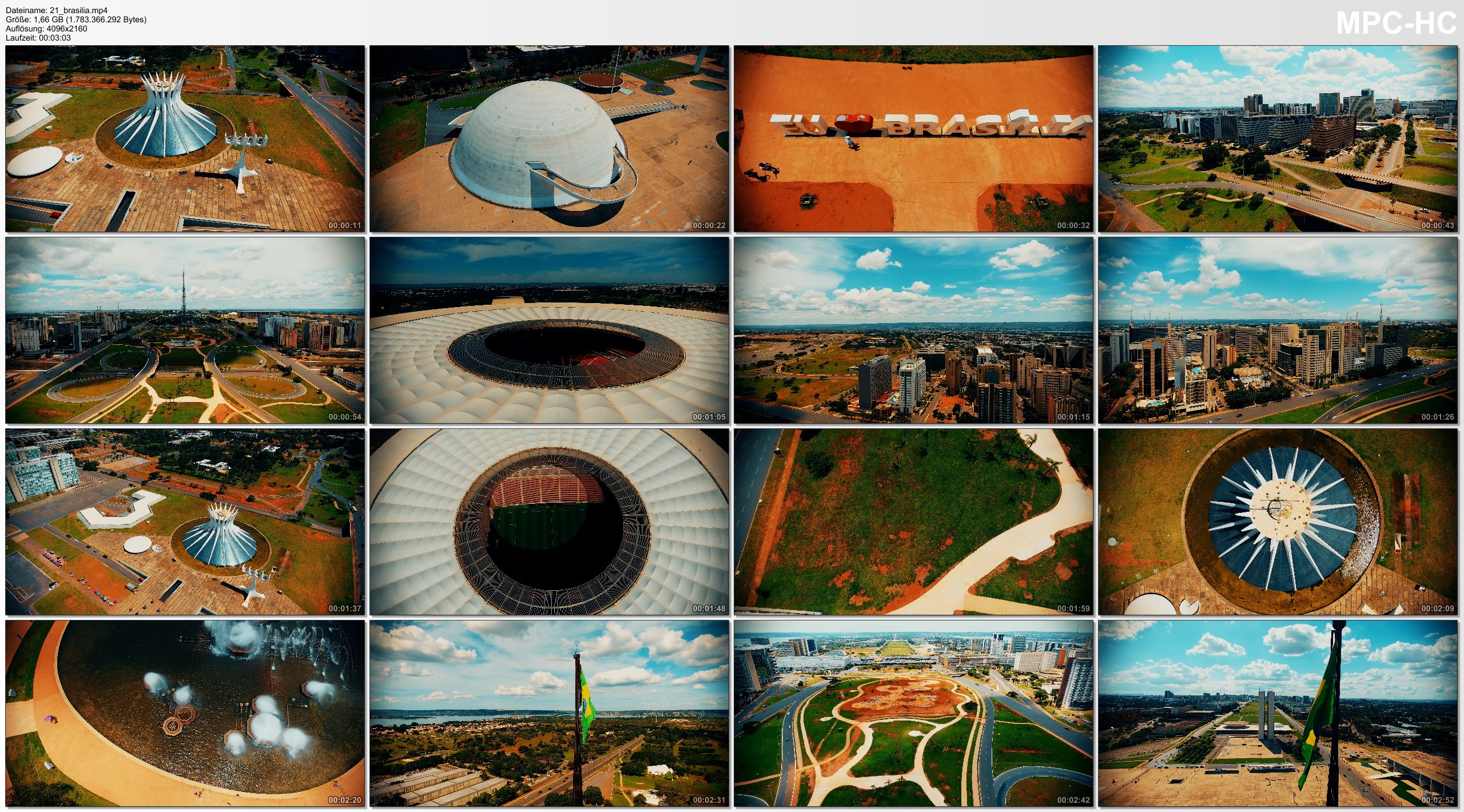