Media data: This drone video (3:11min playtime) is an extraction of my 43.1GB fortaleza 4K Drone Video Footage. Footage on Sale. For inquiries, contact me via E-Mail or my Facebook Page.

fortaleza Drone Flight: Fortaleza is the state capital of Ceará, located in Northeastern Brazil. It belongs to the Metropolitan mesoregion of Fortaleza and microregion of Fortaleza. Located 2285 km (1420 miles) from Brasilia, the federal capital, the city has developed on the banks of the creek Pajeú, and its toponymy is an allusion to Fort Schoonenborch, which gave rise to the city, built by the Dutch during their second stay in the area between 1649 and 1654. The motto of Fortaleza, present in its coat of arms is the Latin word Fortitudine, which means with strength/courage. Fortaleza in 2013 was the twelfth richest city in the country in GDP and second in the Northeast, with 49 billion reais (US$21 billion). It also has the third richest metropolitan area in the North and Northeast regions. It is an important industrial and commercial center of Brazil, the eighth nation's largest municipal purchasing power. According to the Ministry of Tourism, the city reached the marks of second most desired destination of Brazil and fourth Brazilian city that receives more tourists. The BR-116, the most important highway of the country, starts in Fortaleza. The municipality is part of the Common Market of Mercosur Cities, and also the Brazilian capital which is closest to Europe, 5608 km (3484 miles) from Lisbon, Portugal. To the north of the city lies the Atlantic Ocean; to the south are the municipalities of Pacatuba, Eusébio, Maracanaú and Itaitinga; to the east is the municipality of Aquiraz and the Atlantic Ocean; and to the west is the municipality of Caucaia. Residents of the city are known as Fortalezenses. Fortaleza is one of the three leading cities in the Northeast region together with Recife and Salvador. [wikipedia]

Video taken with the DJI Phantom 4 Drone in March 2017 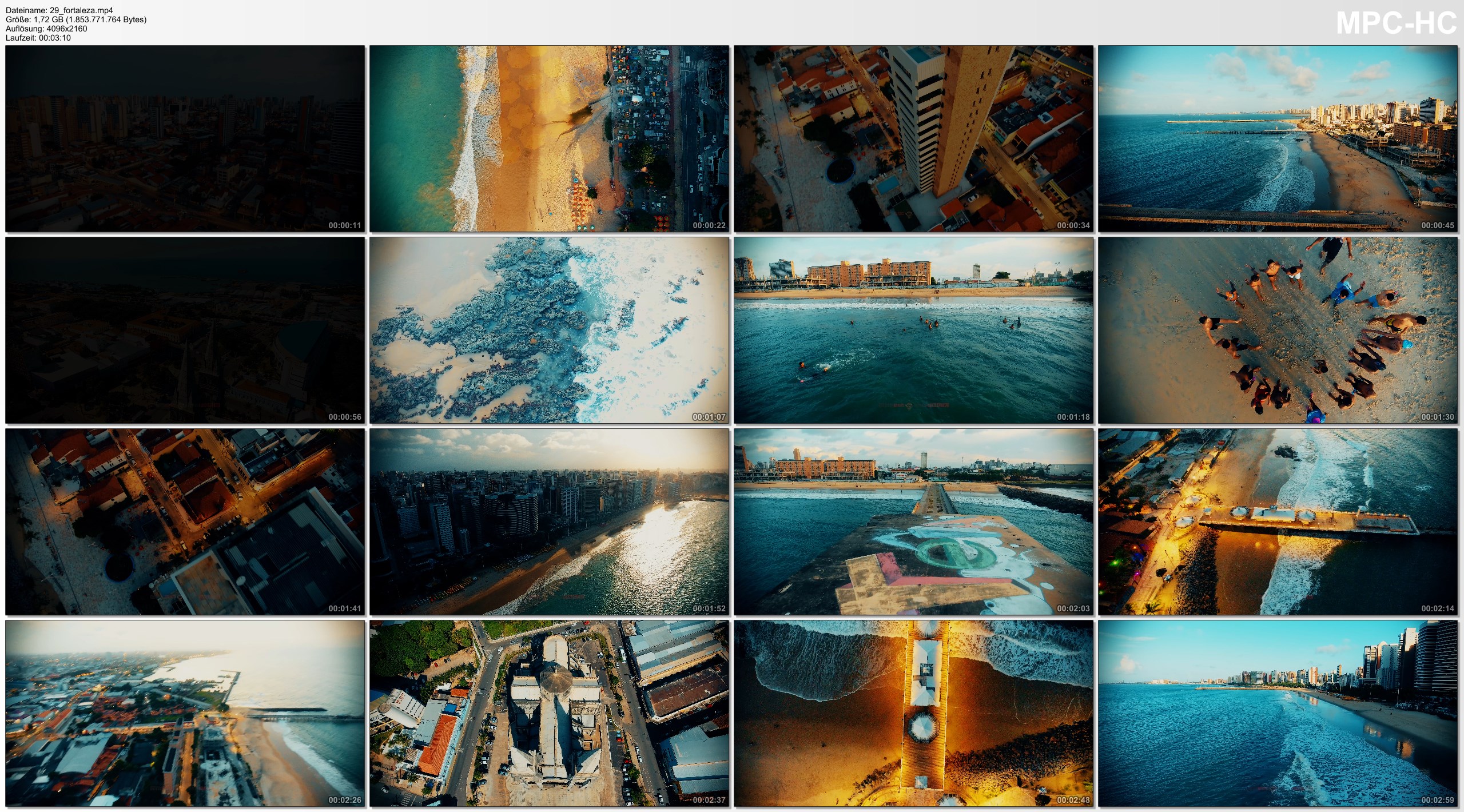