Media data: This drone video (4:12min playtime) is an extraction of my multipleGB Jinju 4K Drone Video Footage. Footage on Sale. For inquiries, contact me via E-Mail, my Blog, Facebook or Instagram Page.

Jinju Drone Flight: Jinju is a city in South Gyeongsang Province, South Korea. It was the location of the first (1592) and second (1593) Sieges of Jinju by Japanese forces during the Imjin War. The Republic of Korea Air Force Education and Training Command is located in the eastern part of the city. There are cultural-historical tourist attractions in Jinju such as Jinju Castle, the Jinju National Museum, and the Nam-gang Prehistoric Site Museum. There are cultural events held in Jinju every year. Among these are the Jinju Namgang Lantern Festival which is held in October for approximately ten days. This nationally designated cultural tourism festival, found only in Jinju, features a spectacle of lanterns floating on the Nam River to commemorate the patriotic spirit of the 70,000 militia corps and government troops who died for their country defending Jinju from the Japanese forces during the Imjin War (1592–1598). [wikipedia] 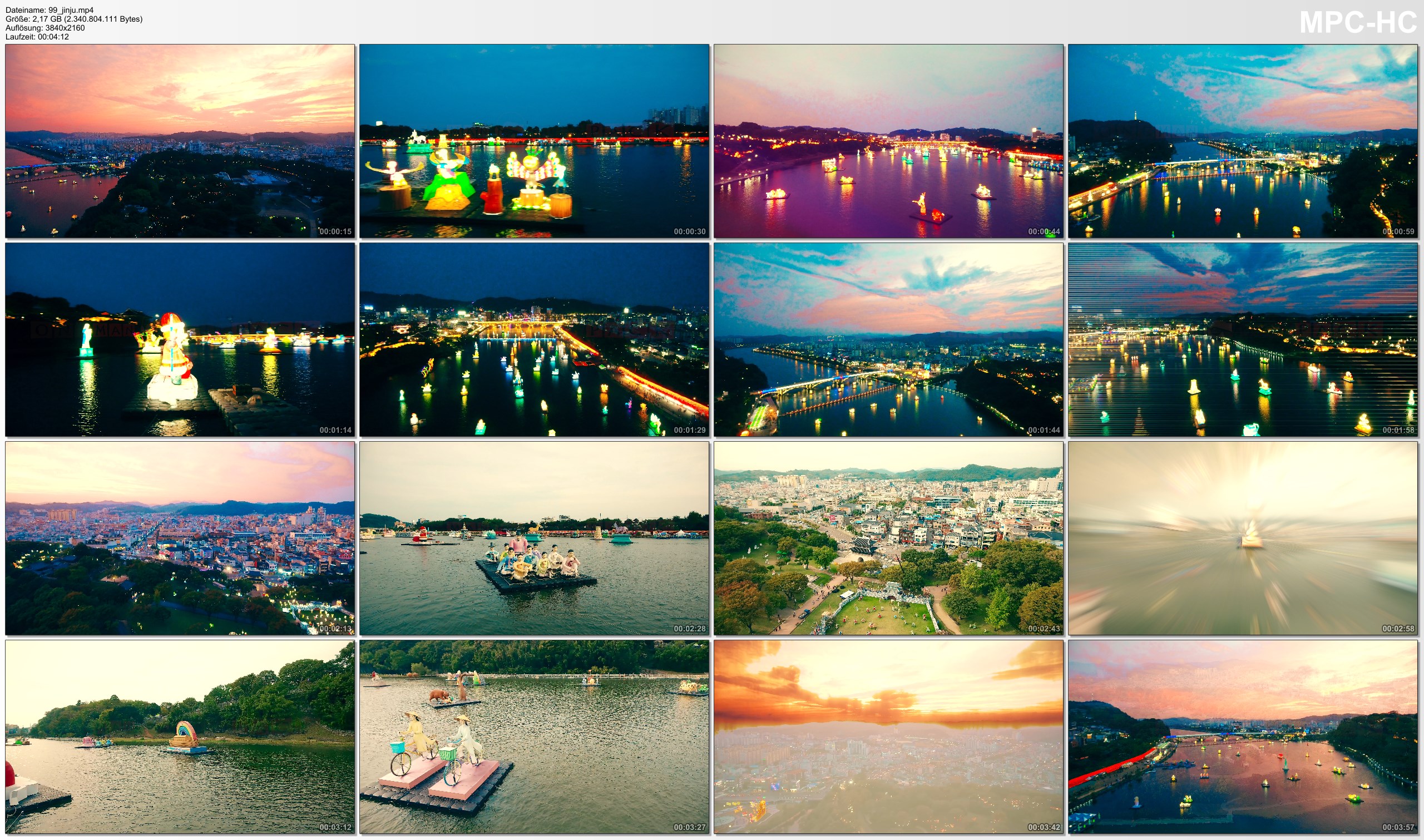