Media data: This drone video (3:01min playtime) is an extraction of my 24.1GB Sint Maarten and Saint Martin 4K Drone Video Footage. Footage on Sale. For inquiries, contact me via E-Mail or my Facebook Page.

Sint Maarten and Saint Martin Drone Flight: Sint Maarten is an island country in the Caribbean. It is a constituent country of the Kingdom of the Netherlands. With a population of 33,609 on an area of 34 km2 (13 sq mi), it encompasses the southern 40% of the divided island of Saint Martin, while the northern 60% of the island constitutes the French overseas collectivity of Saint-Martin. Sint Maarten's capital is Philipsburg. Before 10 October 2010, Sint Maarten was known as the Island Territory of Sint Maarten (Dutch: Eilandgebied Sint Maarten), and was one of five island territories (eilandgebieden) that constituted the Netherlands Antilles. On 6 and 7 September 2017 the island was hit by Category 5 Hurricane Irma, which caused widespread and significant damage to buildings and infrastructure. A total of two deaths had been reported as of 8 September. By then, many inhabitants [were] devoid of basic necessities and looting had become a serious problem. [wikipedia]

Saint Martin is an island in the northeast Caribbean Sea, approximately 300 km (190 mi) east of Puerto Rico. The 87-square-kilometre (34 sq mi) island is divided roughly 60/40 between the French Republic (53 km2, 20 sq mi) and the Kingdom of the Netherlands (34 km2, 13 sq mi), but the two parts are roughly equal in population. It is the world's smallest inhabited island divided between two nations. The division dates to 1648. The southern Dutch part comprises Sint Maarten and is one of four constituent countries that form the Kingdom of the Netherlands. The northern French part comprises the Collectivité de Saint-Martin (Collectivity of St Martin) and is an overseas collectivity of France. On 1 January 2009, the population of the whole island was 77,741 inhabitants, with 40,917 living on the Dutch side, and 36,824 on the French side. Collectively, the two territories are known as St-Martin / St Maarten, or sometimes SXM, the IATA identifier for Princess Juliana International Airport, the island's main airport. St. Martin (the French portion) received the ISO 3166-1 code MF in October 2007. The Dutch part changed in status to a country within the Kingdom of the Netherlands in 2010 and was given the code SX. [wikipedia]

Video taken with the DJI Phantom 4 Drone in April 2017 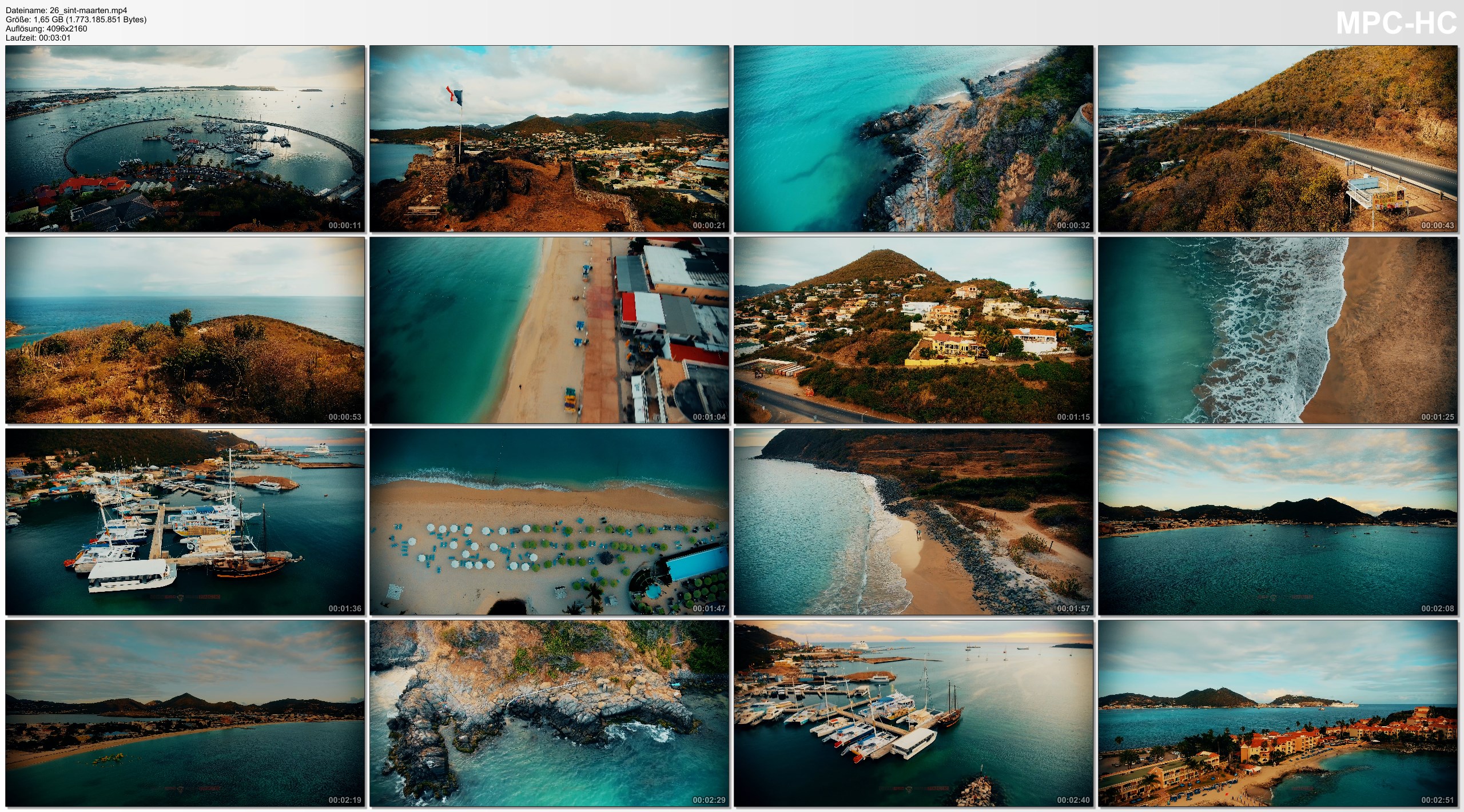