4K UltraHD aerial footage of my drone flights in Tortola (Main Island of the British Virgin Islands / Caribbean). In this video, you will see Road Town, the Capital of the BVI, along with Cruise Ships like the Disney Fantasy Cruise and a NCL Ship, together with a lot of stunning, typical Caribbean Nature, before the Devastation of Hurricane Irma in 2017; project finished & uploaded on 2020-05-19 by One Man Wolf Pack UltraHD Drone Footage.

» Media data: This drone video (Internal ID 650, taken in 2017 and published in 2020) is an extraction of my Tortola 4K Drone Video Footage & Tortola Drone Pictures. 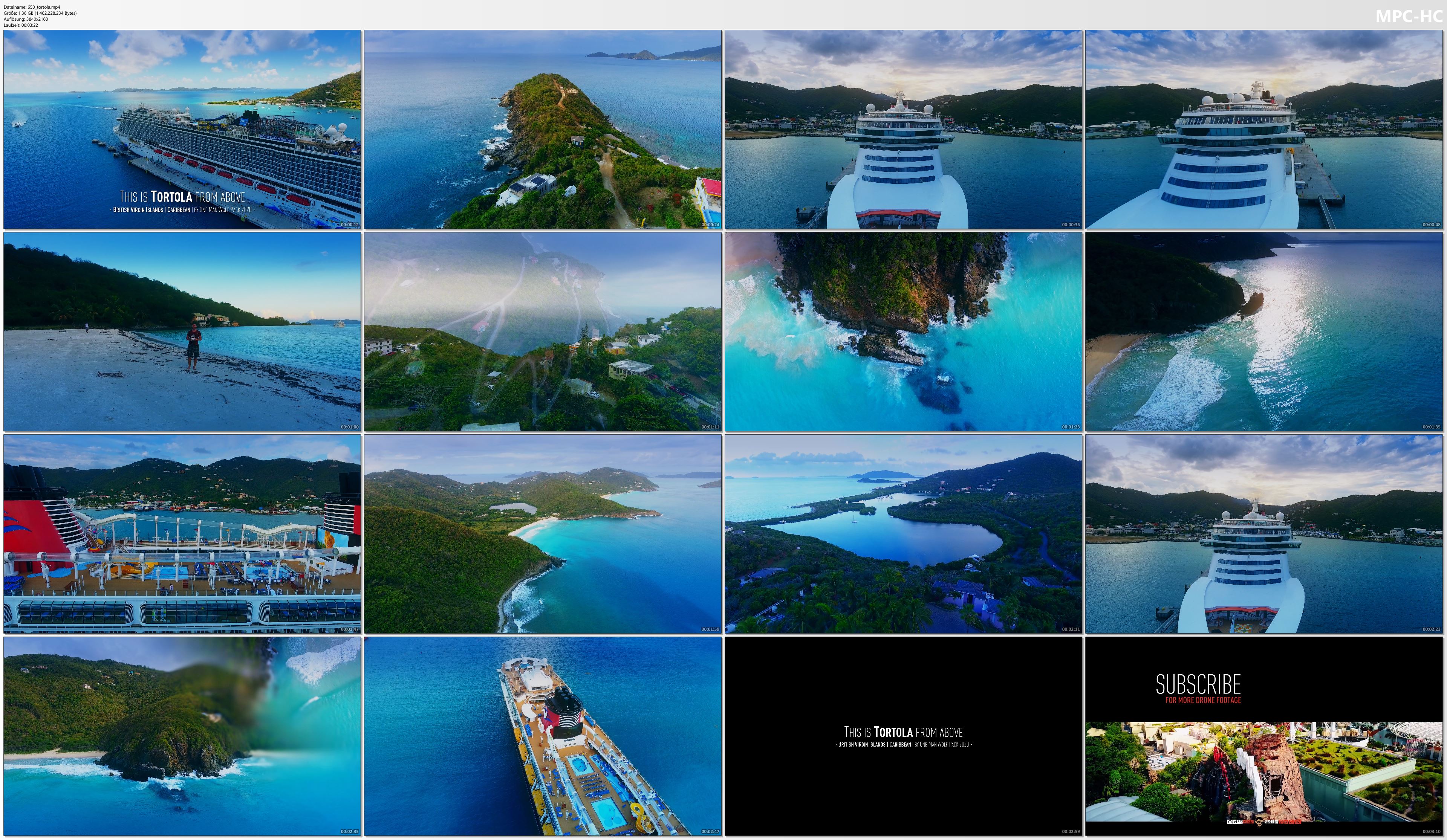