4K raw footage from GUINEA at the Capital City Conakry and the African village Tanene | 2020 | by One Man Wolf Pack UltraHD Drone Footage. Stock Videos from Africa on Sale!

Guinea Drone Flight: Conakry is the capital of Guinea, a country in West Africa. The city sits on the slender Kaloum Peninsula, which extends into the Atlantic Ocean. Just offshore, the Loos Islands are known for their beaches, dense palm forests and water sports. In town, the enormous Grand Mosque has 4 tall, elegant minarets. Next to the mosque, the large Botanical Garden features kapok trees and tropical flowers. Nearby is the Franco-Guinean Cultural Center, which organizes art exhibitions as well as theater performances. The center is also the main base for Les Ballets Africains, a national dance troupe. To the southwest, near the harbor, is the distinctive red-and-yellow St. Marys Cathedral, built in the early 20th century. The National Museum illustrates Guinean cultural heritage with its collections of statues, masks and musical instruments. Vendors at the bustling Niger Market sell fruit and vegetables. // Guinea is a country in West Africa, bordered on the west by the Atlantic Ocean. Its known for the Mount Nimba Strict Nature Reserve, in the southeast. The reserve protects a forested mountain range rich in native plants and animals, including chimpanzees and the viviparous toad. On the coast, the capital city, Conakry, is home to the modern Grand Mosque and the National Museum, with its regional artifacts. The sandy beaches of the Loos Islands, near Conakry, are backed by thick palm forests. To the north, Cape Verga has popular beach towns like Bel Air as well as more remote, undeveloped beaches. Fouta Djallon is a highland area in central Guinea. It has rolling grasslands, high mountain peaks and layered sandstone formations eroded over time to create jungle canyons and deep gorges. Two cascades combine to form Bridal Veil Waterfall near the town of Kindia. Native wild dogs roam Badiar Transboundary National Park, on the Senegal border. Alcatraz Island, in the northwest of Guinea, is a bird preserve protecting many species. [Source: Google] 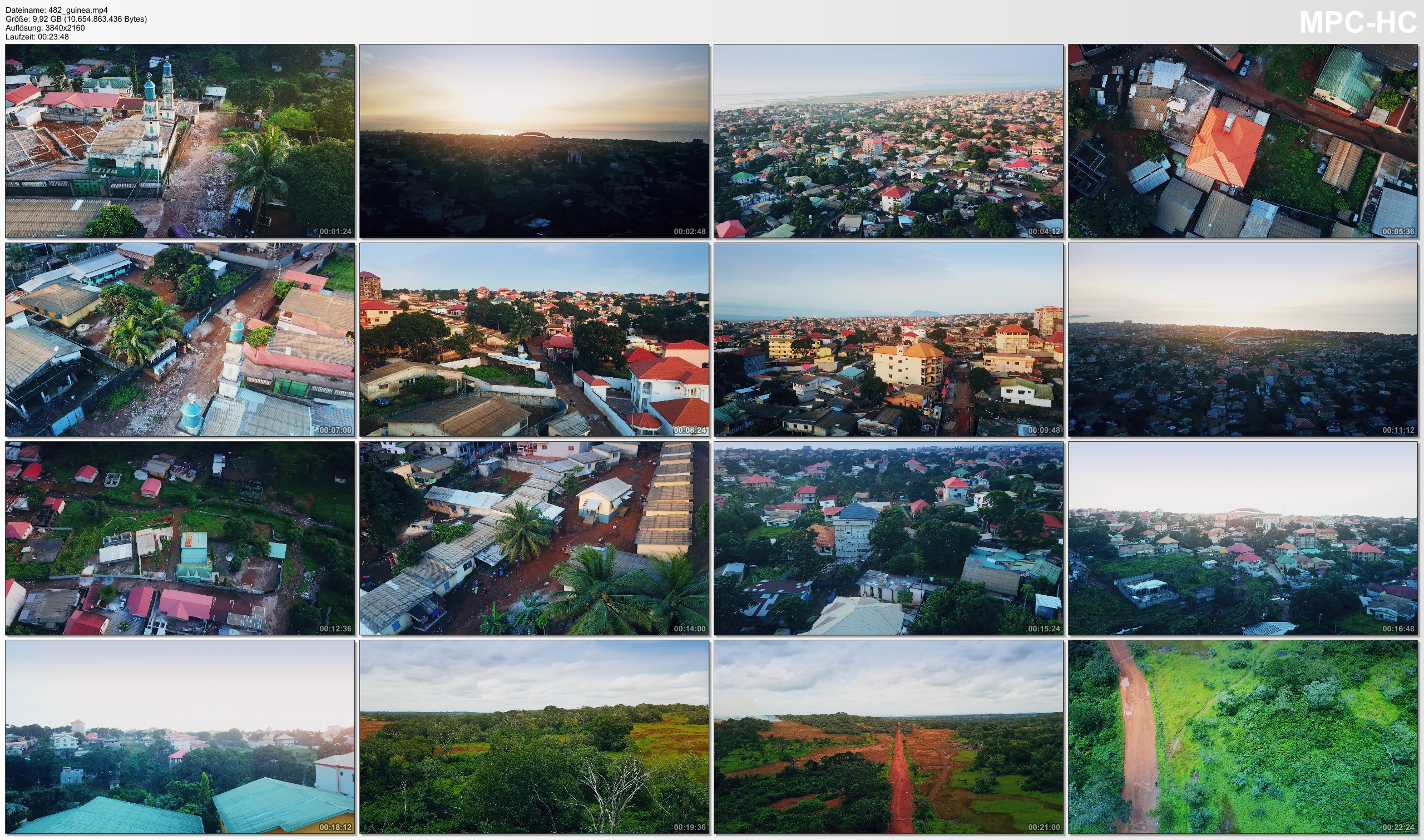