4K UltraHD World Trip travel footage of the world famous Unesco World Heritage Site Amphitheatre of El Jem (Tunisia), located few hours away from the Capital City Tunis. It is considered as one of the most impressive Roman remains in whole Africa, and is often compared to the Collosseum in Rome, Italy; project finished & uploaded on 2020-05-26 by One Man Wolf Pack UltraHD Drone Footage. #travel #eljem #amphitheatre

About El Jem: El Djem or El Jem (Tunisian Arabic: الجمّ) is a town in Mahdia Governorate, Tunisia. Its population was 21,576 during the 2014 census. It is home to some of the most impressive Roman remains in Africa, particularly the world-famous Amphitheater of El Jem. // The Amphitheatre of El Jem is an oval amphitheatre in the modern-day city of El Djem, Tunisia, formerly Thysdrus in the Roman province of Africa. It is listed by UNESCO since 1979 as a World Heritage Site. The amphitheatre was built around 238 AD in Thysdrus, located in the Roman province of Africa Proconsularis in present-day El Djem, Tunisia. It is one of the best preserved Roman stone ruins in the world, and is unique in Africa. As other amphitheatres in the Roman Empire, it was built for spectator events, and it is one of the biggest amphitheatres in the world. The estimated capacity is 35,000, and the sizes of the big and the small axes are respectively 148 metres (486 ft) and 122 metres (400 ft). The amphitheatre is built of stone blocks, located on a flat ground, and is exceptionally well conserved. The amphitheatre of El Jem is the third amphitheatre built on the same place. The belief is that it was constructed by the local proconsul Gordian, who became the emperor as Gordian III. In the Middle Ages, it served as a fortress, and the population sought shelter here during the attacks of Vandals in 430 and Arabs in 647. In 1695, during the Revolutions of Tunis, Mohamed Bey El Mouradi made an opening in one of the walls to stop the resistance of the followers of his brother Ali Bey al-Muradi who gathered inside the amphitheater. It is believed that the amphiteatre was used as a saltpetre manufacture in the end of the 18th and in the 19th century. Around 1850, the breach in the wall was enlarged by Ahmad I ibn Mustafa to approximately 30 metres (98 ft). In the second half of the 19th century, the structure was used for shops, dwellings, and grain storage. [Source: wikipedia // Google] 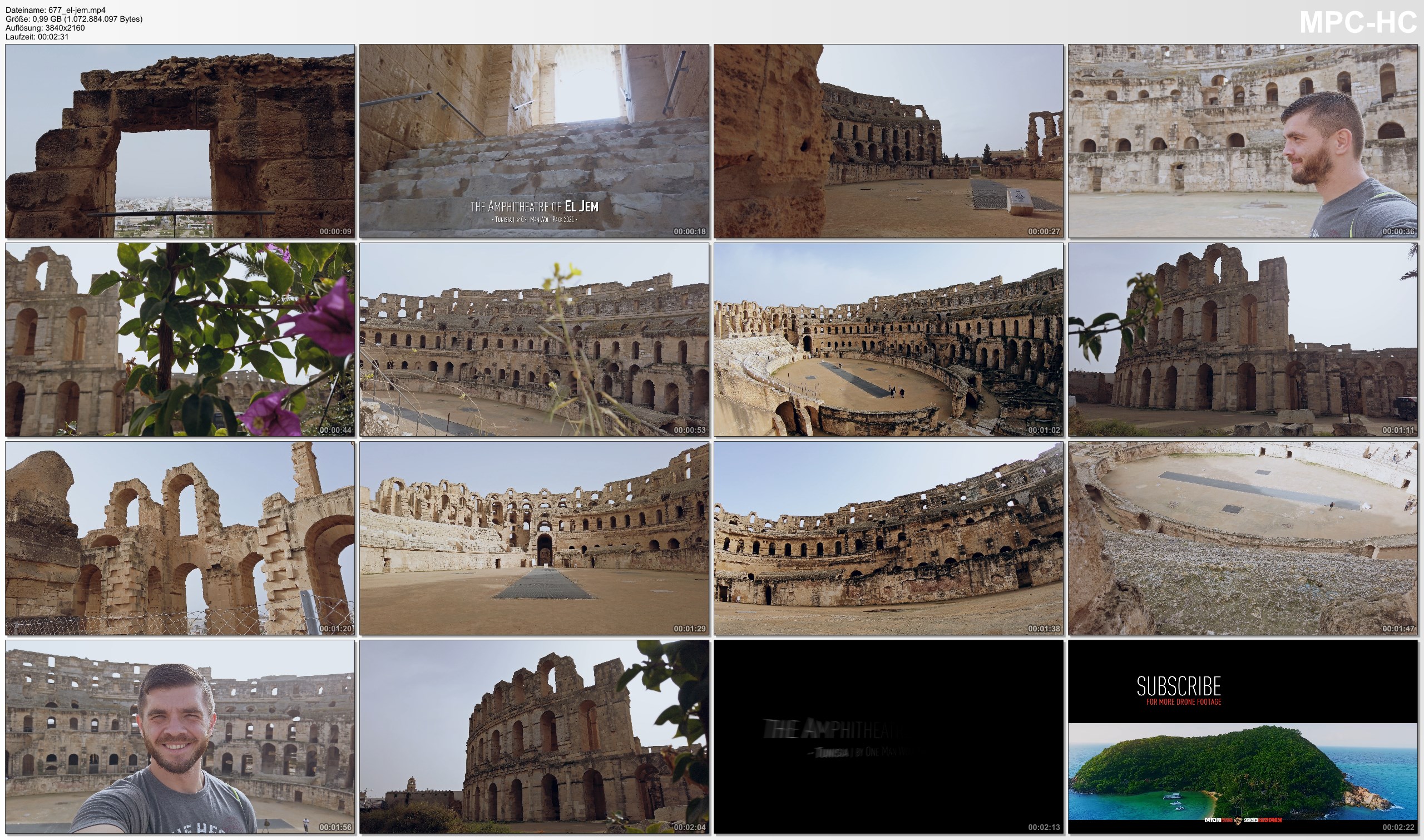