Media data: This drone video (4:20min playtime) is an extraction of my 16.2GB Quebec City 4K Drone Video Footage. Footage on Sale. For inquiries, contact me via E-Mail, my Facebook or Instagram Page.

Quebec City Drone Flight: Quebec City, officially Québec, is the capital city of the Canadian province of Quebec. The city had a population estimate of 531,902 in July 2016, (an increase of 3.0% from 2011) and the metropolitan area had a population of 800,296 in July 2016, (an increase of 4.3% from 2011) making it the second largest city in Quebec, after Montreal, and the seventh-largest metropolitan area in Canada. The narrowing of the Saint Lawrence River proximate to the citys promontory, Cap-Diamant (Cape Diamond), and Lévis, on the opposite bank, provided the name given to the city, Kébec, an Algonquin word meaning where the river narrows. Founded in 1608 by Samuel de Champlain, Quebec City is one of the oldest cities in North America. The ramparts surrounding Old Quebec (Vieux-Québec) are the only fortified city walls remaining in the Americas north of Mexico, and were declared a World Heritage Site by UNESCO in 1985 as the Historic District of Old Québec. The citys landmarks include the Château Frontenac, a hotel which dominates the skyline, and the Citadelle of Quebec, an intact fortress that forms the centrepiece of the ramparts surrounding the old city and includes a secondary royal residence. The National Assembly of Quebec (provincial legislature), the Musée national des beaux-arts du Québec (National Museum of Fine Arts of Quebec), and the Musée de la civilisation (Museum of Civilization) are found within or near Vieux-Québec. [wikipedia]

Among others, you will see following places in Quebec City by Drone: Château Frontenac, Viéux-Quebec, National Assembly of Quebec, Rivière Saint-Charles

Video taken with the DJI Phantom 4 Drone in April 2017 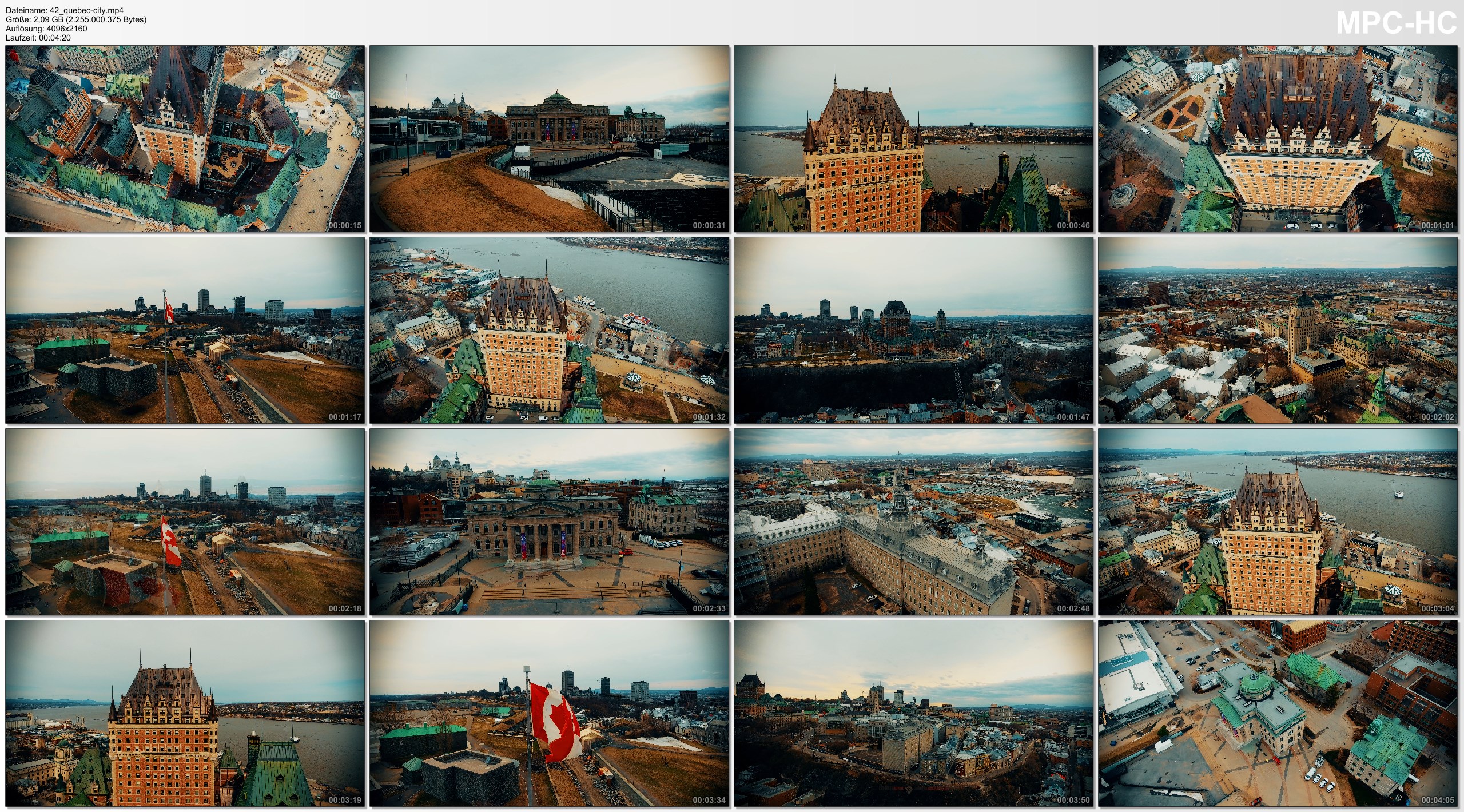