4K UltraHD World Trip travel footage of my Trip to Damascus (Capital of Syria), coming and leaving from Beirut (Lebanon). This travel video will show you the highlights of Damascus, like the Umayyad Mosque (Great Mosque), the Al-Hamidiyah Souq, which is one of the largest markets in Asia, the Temple of Jupiter and many more touristic sights and spots; project finished & uploaded on 2020-05-18 by One Man Wolf Pack UltraHD Drone Footage. 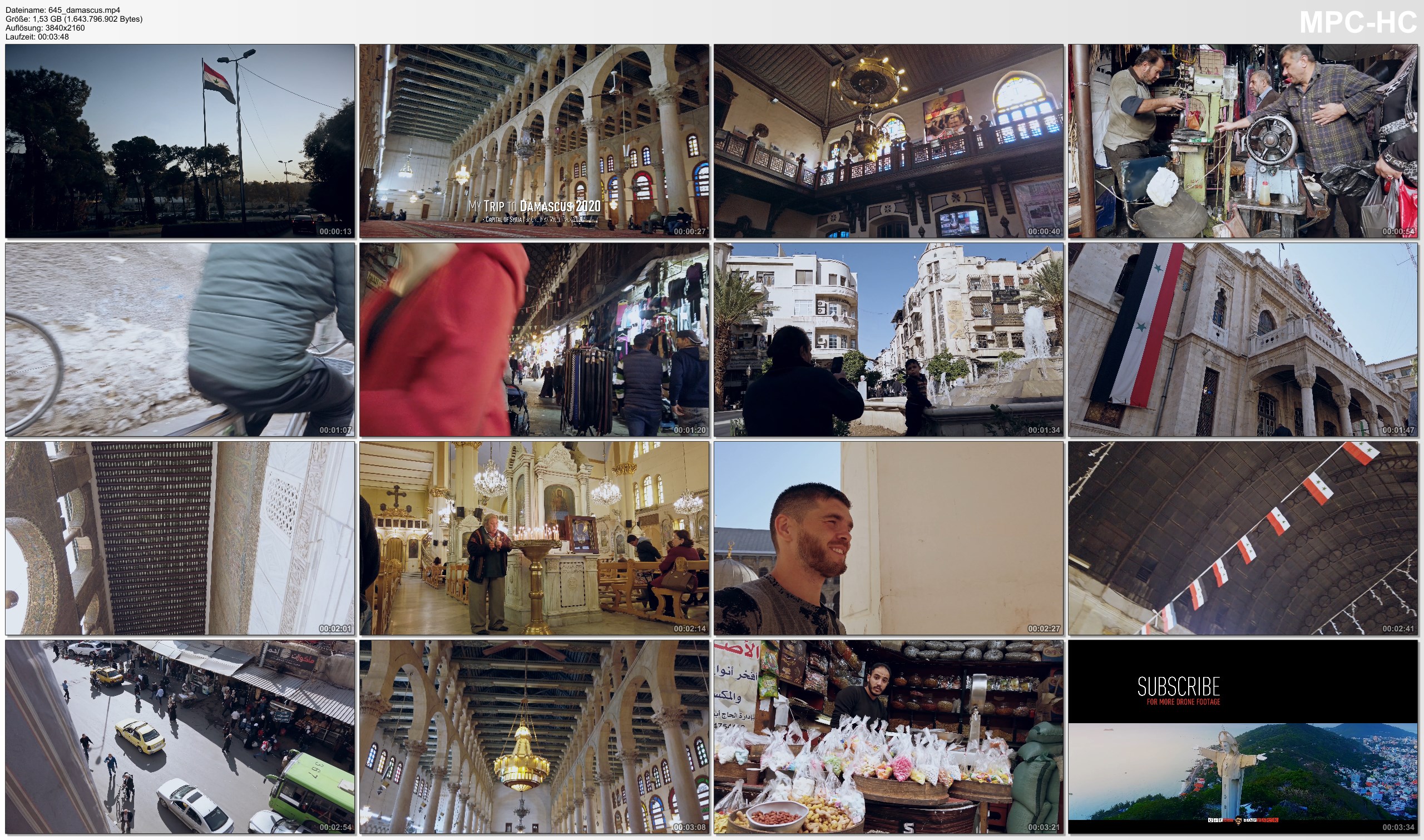