4K UltraHD World Trip travel footage of my Walking Tour at Night around the Market Streets of the City Center of Damascus (Capital of Syria), showing the infamous Al-Hamidiyah Souq and other touristic places of interest like the walls of The Great Mosque of Damascus (Umayyad Mosque), the Template of Jupiter and many more; project finished & uploaded on 2020-05-17 by One Man Wolf Pack UltraHD Drone Footage. 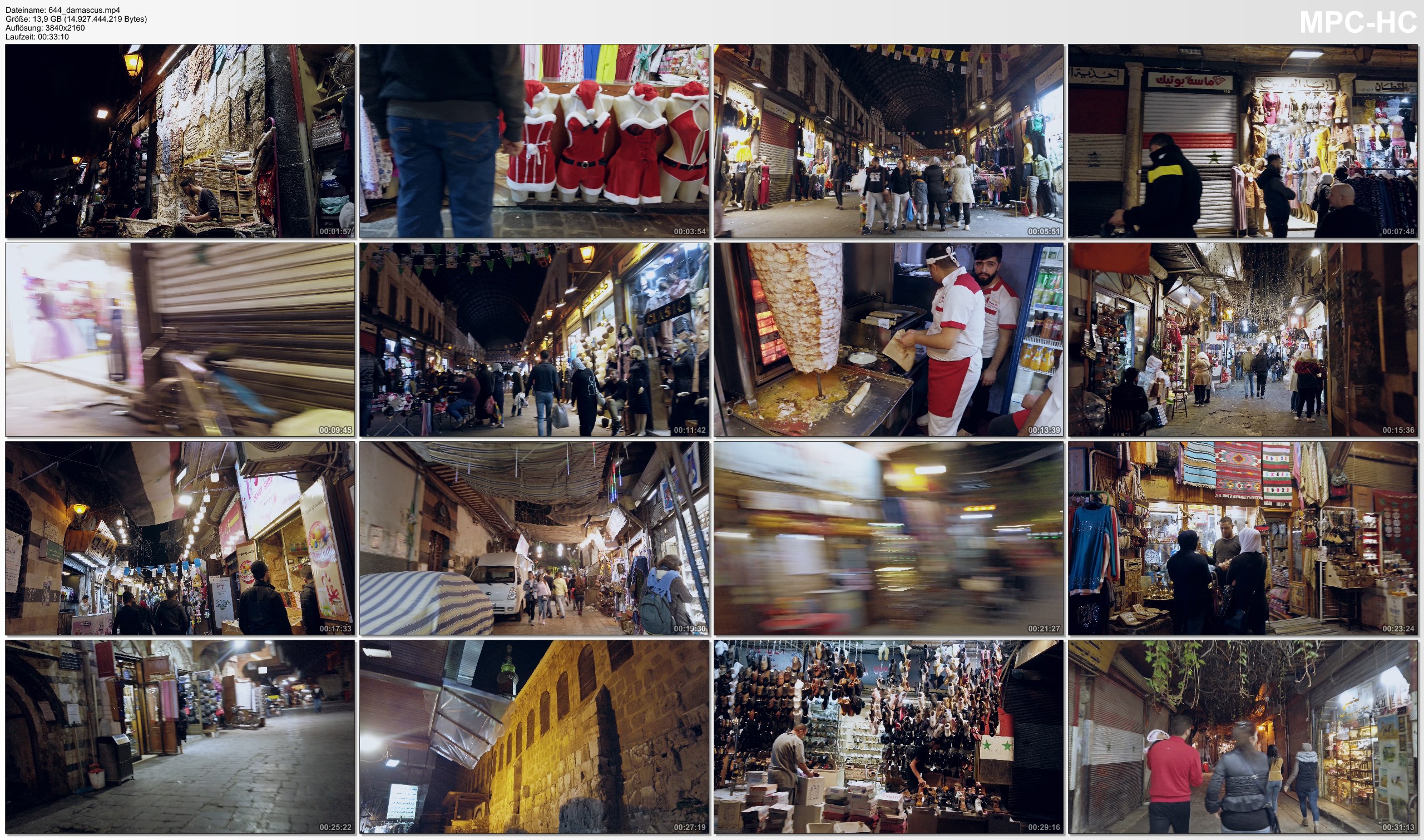