4K UltraHD World Trip travel footage of the People of Syria, captured on the streets while walking around in the Capital City Damascus. You will see a lot of friendliness, kindness and hospitality while strolling around beautiful and famous touristic sightseeing spots in Damascus like the Al-Hamidiyah Souq, the Umayyad Mosque and many other attractions; project finished & uploaded on 2020-05-16 by One Man Wolf Pack UltraHD Drone Footage. 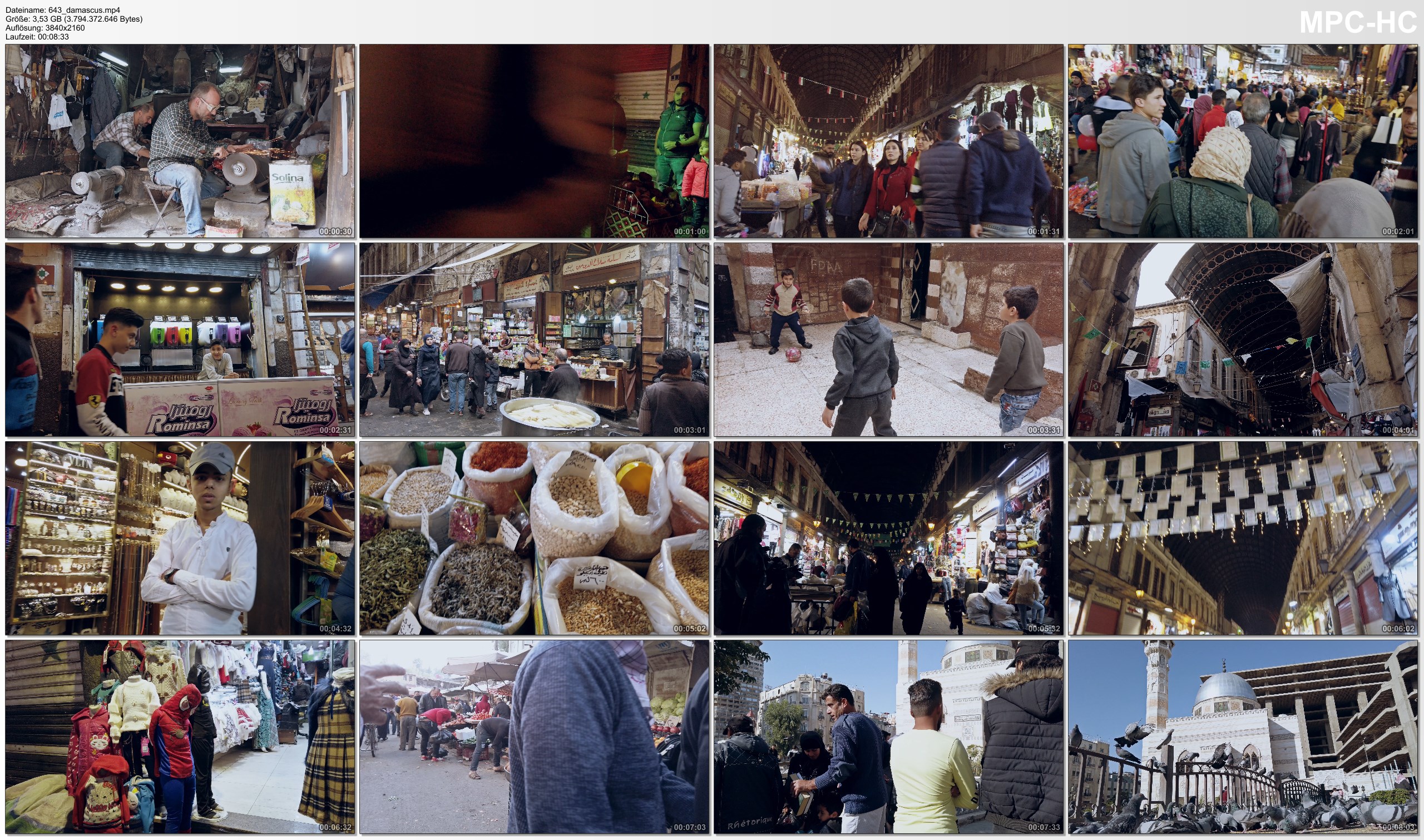