»All about this Italy Signature Drone Video by One Man Wolf Pack
The final 4K footage of my drone flights in Northern Italy (Rimini, at the Adriatic Coast, and San Siro Stadium in Milan); project finished & uploaded on 2020-03-21 by One Man Wolf Pack UltraHD Drone Footage.

Italy Drone Flight: Northern Italy is a geographical and cultural region in the northern part of Italy. Non-administrative, it consists of eight administrative Regions in northern Italy: Aosta Valley, Piedmont, Liguria, Lombardy, Emilia-Romagna, Veneto, Friuli-Venezia Giulia and Trentino-Alto Adige/Südtirol. As of 2014, its population was 27,801,460. Rhaeto-Romance and Gallo-Italic languages are spoken in the region, as opposed to the Italo-Dalmatian languages spoken in the rest of Italy. For statistic purposes, the Istituto Nazionale di Statistica uses the terms Northwest Italy and Northeast Italy for two of Italys five statistical regions in its reporting. These same subdivisions are used to demarcate first-level Nomenclature of Territorial Units for Statistics regions within the European Union, and the Italian constituencies for the European Parliament. // Lombardy is a region in Northern Italy. Its capital, Milan, is a global hub of fashion and finance, with many high-end shops and restaurants. Its Gothic Duomo di Milano cathedral and Santa Maria delle Grazie convent, housing Leonardo da Vincis painting of “The Last Supper,” testify to centuries of art and culture. North of Milan, Lake Como is an upscale alpine resort with dramatic scenery. Lombardy is also home to all or part of lakes Maggiore, Garda and Iseo, and borders Lake Lugano, each with romantic scenery and resort towns. North of Iseo, Valcamonica valley is famous for its prehistoric rock drawings. Other cities in the region include Bergamo, with its medieval Città Alta (high city), and Pavia, known for its sprawling Renaissance monastery complex of Certosa. Cremona, where Stradivarius violins are made, offers music-related sites and the 112m-high Torrazzo, a landmark clocktower. Near the Veneto border, Mantua is a picturesque riverside city with notable Renaissance palaces. // Rimini is a city on the Adriatic coast, in Italys Emilia-Romagna region. Its known for its beachside nightclubs and shallow waters. South of the center, the Malatestiano Temple is a 15th-century reconstruction of an old Franciscan church, now a mausoleum for Sigismondo Pandolfo Malatesta, a local nobleman. Nearby, the Malatesta-built Castel Sismondo is a medieval fortress now used for cultural events. 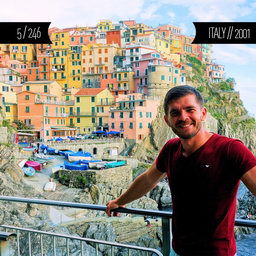