» Media data: This drone video (Internal ID 1075, shots taken in 2018 and video published in 2021) is an extraction of our self-captured Liechtenstein 4K Drone Video Footage & Liechtenstein Drone Pictures. Copyright protected Footage and Photos on Sale. For inquiries, please contact us via E-Mail or our Blog.

About Liechtenstein: Liechtenstein, officially the Principality of Liechtenstein (German: Fürstentum Liechtenstein), is a German-speaking microstate situated in the Alps between Austria and Switzerland, which are located in Central Europe. The principality is a semi-constitutional monarchy headed by the Prince of Liechtenstein; the Princes extensive powers are equivalent to those of a President in a semi-presidential system like France. Liechtenstein is bordered by Switzerland to the west and south and Austria to the east and north. It is Europes fourth-smallest country, with an area of just over 160 square kilometres (62 square miles) and a population of 38,749. Divided into 11 municipalities, its capital is Vaduz, and its largest municipality is Schaan. It is also the smallest country to border two countries. Liechtenstein, along with Uzbekistan make up the only two doubly landlocked countries in the world. // Vaduz is the capital of Liechtenstein and also the seat of the national parliament. The city, which is located along the Rhine River, has 5,696 residents. The most prominent landmark of Vaduz is Vaduz Castle, being perched atop a steep hill in the middle of the city. It is home to the reigning prince of Liechtenstein and the Liechtenstein princely family. The citys distinctive architecture is also displayed in landmarks such as the Cathedral of St. Florin, Government House, City Hall, the National Art Gallery, as well as the National Museum. Although Vaduz is the best-known town in the principality internationally, it is not the largest; neighbouring Schaan has a larger population. // Schaan is the largest municipality of Liechtenstein by population. It is located to the north of Vaduz, the capital, in the central part of the country. 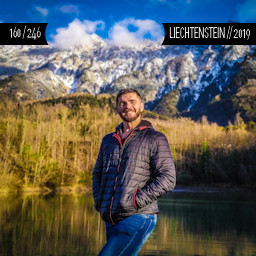