»All about this Greenland Signature Drone Video by One Man Wolf Pack
The final 4K footage of my drone flights in Greenland with my DJI Mavic Pro; project finished and uploaded on 2018-06-04 - enjoy! :-)

Media data: This drone video (4:00min playtime) is an extraction of my 55.01GB Greenland 4K Drone Video Footage. Footage on Sale. For inquiries, contact me via E-Mail, my Blog, Facebook or Instagram Page.

Greenland Drone Flight: Greenland is an autonomous constituent country within the Kingdom of Denmark between the Arctic and Atlantic Oceans, east of the Canadian Arctic Archipelago. Though physiographically a part of the continent of North America, Greenland has been politically and culturally associated with Europe (specifically Norway and Denmark, the colonial powers, as well as the nearby island of Iceland) for more than a millennium. The majority of its residents are Inuit, whose ancestors began migrating from the Canadian mainland in the 13th century, gradually settling across the island. Greenland is the worlds largest island. 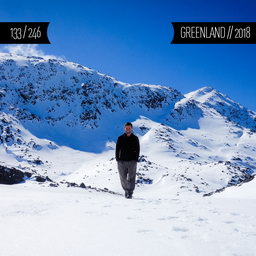